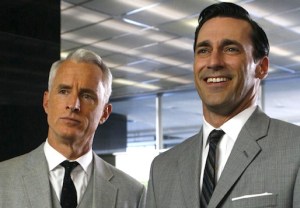 Following some rather public negotiations, Mad Men creator Matthew Weiner has inked a long-term deal with AMC and Lionsgate, while the Emmy-winning drama series itself has been renewed for not just one but END_OF_DOCUMENT_TOKEN_TO_BE_REPLACED