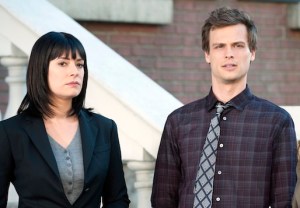 Criminal Minds uncorks one of its biggest episodes this Wednesday at 9/8c, when the private, deadly drama that Prentiss labored to keep to herself draws in the entire BAU team. Directed by Matthew Gray Gubler, the hour represents Paget Brewster‘s final appearance as a series regular, as well as brings A.J. Cook back into the fold as the previously departed JJ Jareau.

No stranger to directing, Gubler shared with TVLine how he approached the intense assignment – grenades and all. END_OF_DOCUMENT_TOKEN_TO_BE_REPLACED