Celebrity Apprentice Finale Recap: Save a Horse, Hire a Cowboy! 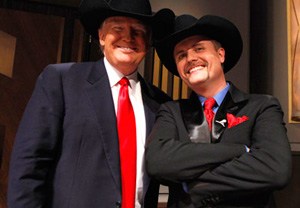 Here’s the best compliment I can give both John Rich and Marlee Matlin, the two classiest Celebrity Apprentice finalists ever to sit across from Donald Trump and stare at his crust-colored hair thatch: They exhibited such intelligence and poise during last night’s two-hour finale that I almost forgot how dicey the season really was. Remember Nene Leakes’s remarks about La Toya Jackson’s Casper-like skin? Dionne Warwick’s powerful use of the word “hussy”? David Cassidy’s un-kneaded clay face? They all became distant memories as Rich and Matlin squared off at the final boardroom table, arguing for Trump’s final check like cocky southern lawyers in a Grisham thriller. Was the winner deserving? Join us for a recap of the (partly live) conclusion. END_OF_DOCUMENT_TOKEN_TO_BE_REPLACED

Celebrity Apprentice Recap: I Say A Little Prayer for Decency 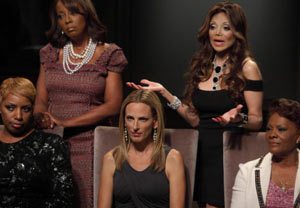 Unspeakable things happened on Celebrity Apprentice last night, and I’m not talking about Gary Busey’s sentences. I’m referring to a challenge about stupid commercials, Jose Canseco’s “risque humor,” (which must be Trump code for “homophobia”), and the firing of a first-rate buzzard. Tragedy all around. Plus, Busey told us his johnson is nicknamed “Big Wednesday,” and he meant it. Because this show? Is kind of hell, for sure. But a fresh hell! Let’s relive and re-love it. END_OF_DOCUMENT_TOKEN_TO_BE_REPLACED 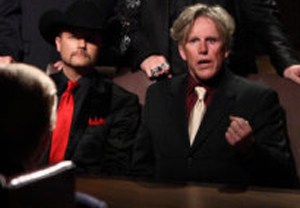 This season, “Celebrity Apprentice” is short for “The Sorcerer’s Celebrity Apprentice” because it’s a scary spectacle worthy of a Fantasia vignette. There’s the magical mouse herself, LaToya Jackson, decked in a wizard’s bandleader jacket. There’s the wise fox Mark McGrath alongside the shifty-eyed puma Dionne Warwick. Oh, and look, there’s Gary Busey — who is his own animated species. It’s a menagerie of mischief this year, and last night’s episode was yet another foray into the animal kingdom. Rowr. Let’s review. END_OF_DOCUMENT_TOKEN_TO_BE_REPLACED