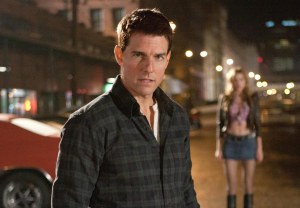 Jack Reacher has settled down at Amazon: The streamer has landed the rights to a potential series based on Lee Child’s books, which were previously adapted into a film franchise starring Tom Cruise END_OF_DOCUMENT_TOKEN_TO_BE_REPLACED