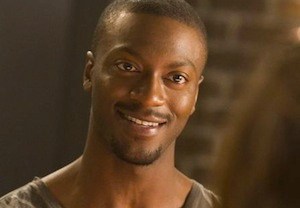 TNT’s Leverage swings back into action tonight at 8/7c, in a new (yet not new) locale. Coming off the events of Season 4’s finale, Nate’s team bid Beantown adieu and set up shop in Portland – aka the city where the caper drama has filmed all these years. Also new: Hardison and Parker are “out” with their romance, so we thought it a good time to chat up Aldis Hodge about that fun dynamic. Plus: Why Leverage‘s master hacker wants to suit up as a certain Marvel hero. END_OF_DOCUMENT_TOKEN_TO_BE_REPLACED 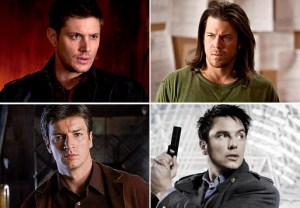 Okay, maybe not bad bad, but at the very least a little bit naughty. Yep, we’re talking about the four gentlemen entering the ring on Day 2 of TV’s Ultimate Bad Boy Bracket Tournament, a competition that celebrates END_OF_DOCUMENT_TOKEN_TO_BE_REPLACED 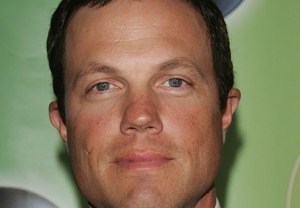 Adam Baldwin has spied a new gig on Leverage. 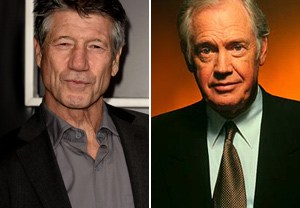 TNT’s Leverage is sticking with tradition and loading up on fun guest stars for its upcoming season. 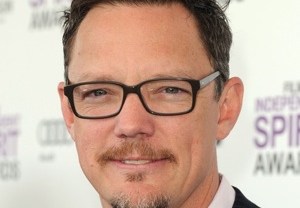 Leverage has nabbed Matthew Lillard for a Season 5 guest spot. 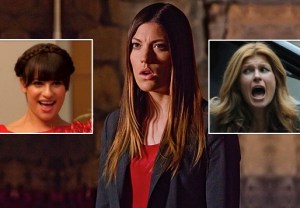 We’ve got questions, and you’ve (maybe) got answers! With another week of TV gone by, here are some queries we are going to throw at you, from shows such as Boardwalk Empire, Chuck, Glee, Once Upon a Time, The Good Wife and more! END_OF_DOCUMENT_TOKEN_TO_BE_REPLACED 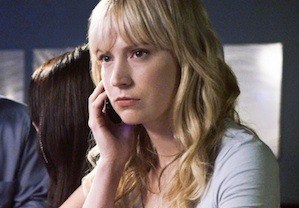 This Sunday at 9/8c, TNT’s Leverage presents “The Girls’ Night Out Job” aka one half of a split-narrative story that concludes next week with – you guessed it — “The Boys’ Night Out Job.” In the distaff side of the story, Parker and Sophie hit the bars with gal pals to get away from the “office,” only to get caught up in a caper. Along the way, Parker phones-a-hacker-friend, Hardison, paving the way for some fun, flirty and jealous moments. END_OF_DOCUMENT_TOKEN_TO_BE_REPLACED

Aldis Hodge: Leverage's Return Includes a Riff on The Office and One 'Very Sexy' Episode 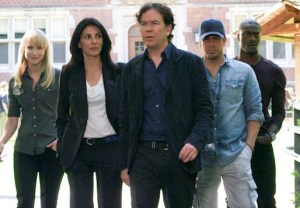 TNT’s Leverage resumes its fourth season this Sunday at 9/8c, rejoining what has in recent months become a ferociously competitive night of TV. Luckily, the caper drama has some of its most clever (and noisiest) episodes in the pipeline. Among them, there’s a riff on The Office (where Nate’s team infiltrates a workplace that is the subject of a documentary), “girls night out” and “boys night out” episodes that fit together like a puzzle, and a season finale that promises to trot out “a foe from the past.” TVLine invited Aldis Hodge END_OF_DOCUMENT_TOKEN_TO_BE_REPLACED 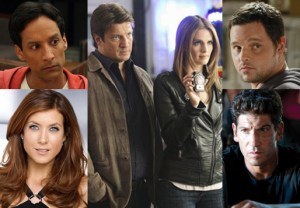 [ask_ausiello_show]Got a scoop request? An anonymous tip you’re dying to share? Just want to say hi? Send any/all of the above to askausiello@tvline.com

Question: I am a loyal follower and this is the first time I have asked for scoop! Do you have anything about the Dec. 5 episode of Castle entitled “Cuffed”? Specifically, how do Beckett and Castle get handcuffed together in the first place? —Lauren
Ausiello: Good question. So good that I went directly to series creator Andrew W. Marlowe for the answer. He said, “Fans should be very curious as to why Beckett and Castle are handcuffed together” — and they’re not alone in that. “I think Beckett and Castle are very curious as to why they are cuffed together, and wonder why they can’t remember exactly how it happened.” END_OF_DOCUMENT_TOKEN_TO_BE_REPLACED 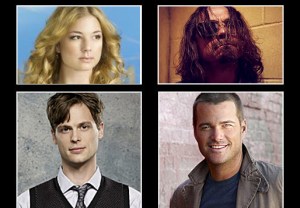 Will Emily Thorne make trouble for Emily Thorne? Will Otto ultimately be the Sons’ undoing? What slice of sweet scoop does a Criminal Minds star have to share? Read on for those answers, plus other teases from TV’s hottest shows. END_OF_DOCUMENT_TOKEN_TO_BE_REPLACED