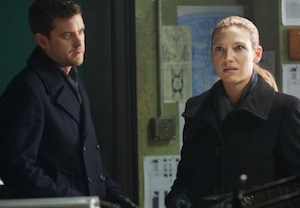 Check out the following just-released promo for this week’s all-new episode (Friday 9/8c) and you tell me.  END_OF_DOCUMENT_TOKEN_TO_BE_REPLACED 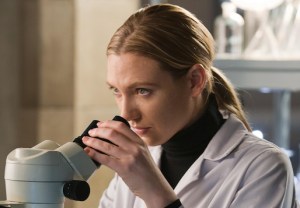 Viewers of Fox’s Fringe (Fridays at 9/8c) were left to utterly geek out at the close of last week’s episode, when William Bell’s “soul magnets” theory proved legit, and the late great scientist inhabited Olivia’s body.

Make no mistake, Anna Torv herself was agog when she first learned of the twist – one that forced into her repertoire a third Fringe characterization. “This is not one I had been asking for!” the actress admits with a laugh. END_OF_DOCUMENT_TOKEN_TO_BE_REPLACED