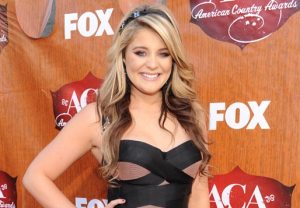 Lauren Alaina doesn’t want to give away too many details about her Saturday-night performance on Fox’s American Country New Year’s Eve Live (11:00 ET live) — “you’ll have to watch to find out,” she says with a giggle — but she is promising viewers END_OF_DOCUMENT_TOKEN_TO_BE_REPLACED 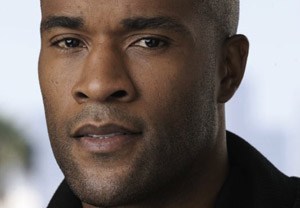 Idoloonies: Randy Gets Nasty, New Favorites Emerge, and the Pimping Begins on Idol 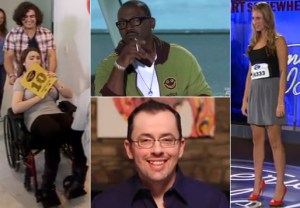 It’s only week two of American Idol‘s tenth season, but the show’s producers are already commissioning full symphonies and setting off fireworks displays to alert us to their personal favorite contestants. That’s okay, though, because Idol without viewer outrage/irritation/consternation would only be half the fun. END_OF_DOCUMENT_TOKEN_TO_BE_REPLACED 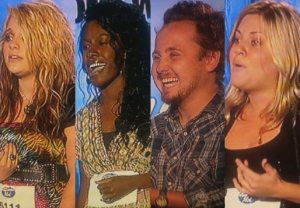 Meet Steven Tyler, longtime Aerosmith frontman and surprisingly effective American Idol judge. He would like you to toast the conclusion of the show’s season 10 Nashville audition episode with a refreshing glass of Kool-Aid. “I think we found The One today,” he says with a cryptic wink. 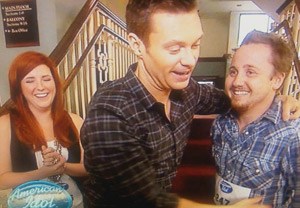 The American Idol season 10 train pulled into Nashville tonight, and found a dental assistant imitating a grating child’s toy fueled by dying batteries, a beauty pageant blinding two out of three judges with her glistening smile, and a 15-year-old girl attempting to show us why producer Nigel Lythgoe has been pimping her before she even got a second of airtime. END_OF_DOCUMENT_TOKEN_TO_BE_REPLACED