Big Bang Guest Katie Leclerc: Raj's Girlfriend Is 'Such a Departure' from the Deaf Stereotype 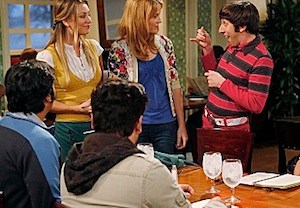 This Thursday on The Big Bang Theory (CBS, 8/7c), Penny seemingly finds a solution to Raj’s romantic woes in a spinning class gal pal who is Deaf, thus saving him the hurdle of having to communicate with her directly. END_OF_DOCUMENT_TOKEN_TO_BE_REPLACED 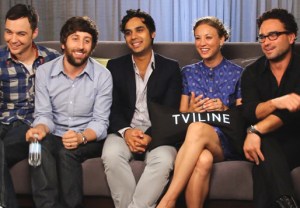 The cast of Big Bang Theory is so close-knit that even a professional pot-stirrer like me can’t tear them apart. But dammit if I didn’t give it the old college try when the hit sitcom’s ensemble — including Johnny Galecki, Jim Parsons, Kaley Cuoco, Simon Helberg, Kunal Nayyar and Melissa Rauch — dropped by TVLine’s interview suite at Comic-Con over the weekend. END_OF_DOCUMENT_TOKEN_TO_BE_REPLACED