Katheryn Winnick: Vikings Quest 'Put Me Through the Wringer, Emotionally, Which Was a Gift' 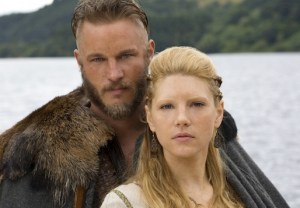 History’s first scripted series, Vikings, set sail last week with a full boat, carrying more than 8 million viewers. Airing Sundays at 10/9c, the series follows Ragnar Lothbrok, a warrior with ideas — namely the notion that, whether his lord Jarl Haraldson believes it or not, there are lands to the west of Norway to be “explored”/pillaged. At Ragnar’s side is his formidable wife Lagertha, played by Katheryn Winnick, who shared with TVLine her take END_OF_DOCUMENT_TOKEN_TO_BE_REPLACED 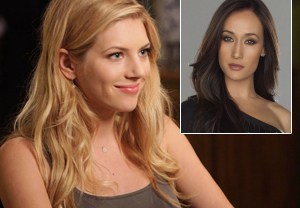 Booth’s polarizing ex-girlfriend Hannah is back, and Nikita‘s got her! END_OF_DOCUMENT_TOKEN_TO_BE_REPLACED

Bones Boss Weighs In Latest Romantic Twist: 'Booth Went Out On a Limb' 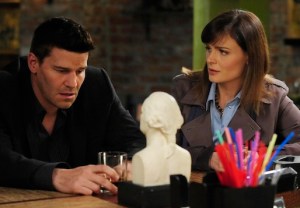 Warning: The following contains major spoilers from this Thursday’s episode of Fox’s Bones. If you have not yet watched it, check back once you have.

Going by the final moments of this week’s Bones, it portends to be a very bittersweet –- if not outright sad — Valentine’s Day for END_OF_DOCUMENT_TOKEN_TO_BE_REPLACED