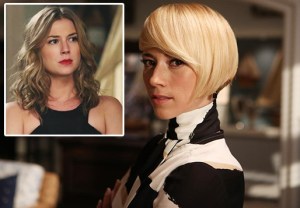 Like so many scorned Hamptonites before her, Margaux made her first official Revenge declaration last Sunday — and now, it’s time to put that plan into action. Emily Thorne, she is coming for you. END_OF_DOCUMENT_TOKEN_TO_BE_REPLACED

Revenge Stars on Emily's Reveal, Jack's Fate and the Next Death: 'It's a Big One' 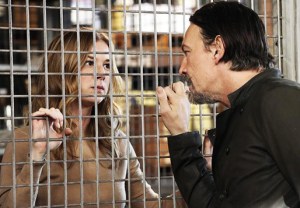 As we delve deeper into the second half of Revenge‘s fourth — and potentially final — season, we find ourselves wondering: Will everyone soon know Emily’s secret? How will characters’ loyalties shift? And, of course, who will live to find out? END_OF_DOCUMENT_TOKEN_TO_BE_REPLACED

Revenge Scoop: Pan Am Actress to Play a French Hottie From Daniel's Past 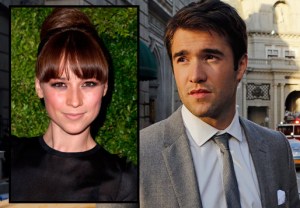 Revenge‘s Emily spent much of last season in the company of a smokin’ hot figure from her past. Now, it looks like it’s Daniel’s turn.

Karine Vanasse will play Margaux, a French businesswoman and former acquaintance of the Grayson scion’s, in the ABC drama’s upcoming third season, TVLine has learned. END_OF_DOCUMENT_TOKEN_TO_BE_REPLACED

Fall TV is almost here, which means some of your favorite actors will soon be back in series either new (hi, Zooey Deschanel!) or familiar. But there’s also plenty of promising fresh faces making their way to your TV this season. Some have paid their dues with myriad guest spots and supporting roles. Others are so straight off the bus we have to wonder if they even have their SAG card yet. END_OF_DOCUMENT_TOKEN_TO_BE_REPLACED