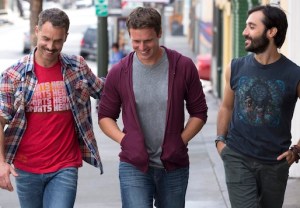 Things are Looking up for fans of HBO’s little-gay-dramedy-that-could. 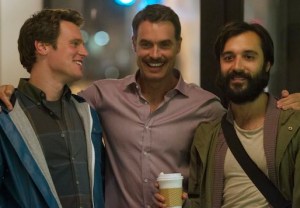 “WTF?” has rarely been more valid a question than it is in the wake of the freshman season finale of HBO’s Looking. Off his impromptu tryst with his boss, will Patrick attempt to pursue a relationship with Kevin in Season 2? Or will he recommit – and profusely apologize to – his sorta-boyfriend, Richie? END_OF_DOCUMENT_TOKEN_TO_BE_REPLACED

Looking Renewed for Season 2 at HBO -- Plus: 3 Actors Promoted to Series Regular

HBO has renewed the Jonathan Groff-fronted gay dramedy for a second season, TVLine has learned. The pickup comes in the wake of Sunday’s series-high ratings for the freshman sleeper.

HBO's Looking: Did It Catch Your Eye? 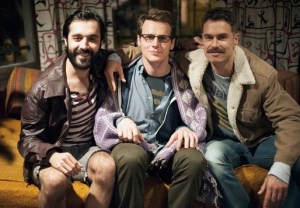 Even before it had aired, HBO’s Looking was being likened to a gay male Girls (which, not coincidentally, it follows). And the comparison makes sense, given that the San Francisco-set dramedy also follows a group of friends (played by Glee grad Jonathan Groff, Smash alum Frankie J. Alvarez and former Guiding Light hunk Murray Bartlett) coming of age – albeit a somewhat older age – in a big city. But END_OF_DOCUMENT_TOKEN_TO_BE_REPLACED 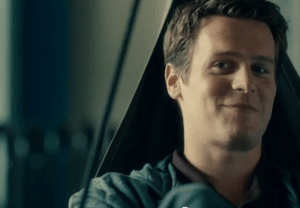 “It’s San Francisco. It shouldn’t be so hard to meet cool people in this town.”

So says Patrick (Jonathan Groff of Boss and Glee fame) at the start of the new trailer for HBO’s upcoming gay romantic comedy Looking. And from the scenes that follow, it appears as though END_OF_DOCUMENT_TOKEN_TO_BE_REPLACED 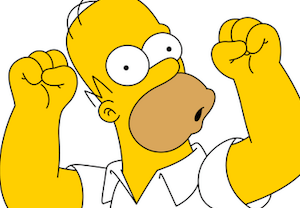 Homer, Bart and the rest of the Simpsons gang will soon call FXX home.

Beginning in August 2014, the newly-launched network will acquire all 24 seasons of the iconic Fox staple END_OF_DOCUMENT_TOKEN_TO_BE_REPLACED 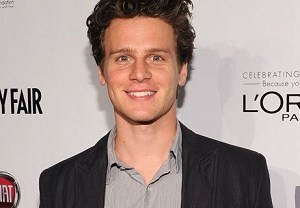 Jesse St. James is about to cozy up to Tim Riggins. 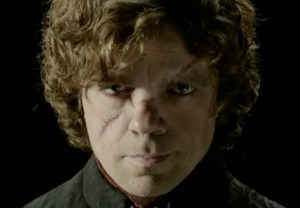 Despite the snowstorm that blanketed the East Coast last weekend, Game of Thrones fans know winter is still on its way  — and a new promo makes it seem like the coming storm’s going to be a rough one.

HBO has unveiled a fresh teaser for Season 3 of the fantasy drama (bowing March 31), and it is chaotic. END_OF_DOCUMENT_TOKEN_TO_BE_REPLACED 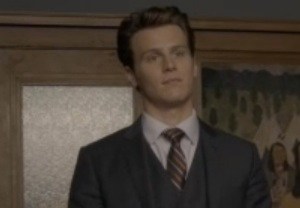 Mayor Kane’s newest staffer has already proven himself quite the political animal, and in this exclusive sneak peek, Ian shows us a glimpse of what he might be like as Boss. END_OF_DOCUMENT_TOKEN_TO_BE_REPLACED