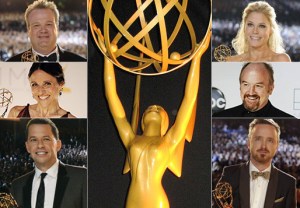 Showtime brought victory Homeland when it walked away from the 64th Primetime Emmy Awards with four wins – including its first Outstanding Drama Series award and trophies for both its lead actor (Damian Lewis) and actress (Claire Danes). ABC’s Modern Family END_OF_DOCUMENT_TOKEN_TO_BE_REPLACED

Two and a Half Men's Ashton Kutcher, Jon Cryer and Angus T. Jones Set For Season 10 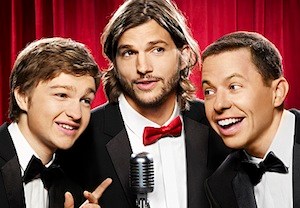 Two and a Half Men‘s central trio of Ashton Kutcher, Jon Cryer and Angus T. Jones are thisclose to locking in deals for the comedy’s 10th and possibly final season. END_OF_DOCUMENT_TOKEN_TO_BE_REPLACED

Emmys Buzz: Jon Cryer Moves Up to Lead Actor Race - Do You Think He Made the Right Call? 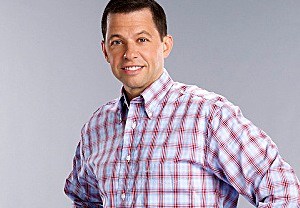 After six consecutive years of vying in the Supporting Actor in a Comedy race, Two and a Half Men‘s Jon Cryer reportedly will submit himself in the lead category at this year’s Primetime Emmy Awards.

As noted by the Gold Derby awards-centric website, which first reported on the change-up, both Cryer (whose camp would not confirm the move) and then-costar Charlie Sheen submitted for Lead Actor during the first two years of Men‘s run, but END_OF_DOCUMENT_TOKEN_TO_BE_REPLACED 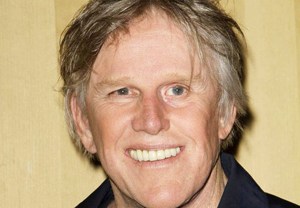 An upcoming episode of the revamped CBS sitcom features Jon Cryer’s Alan channeling his late brother and ending up in a mental institution because of it. And who better to be his psych ward roommate than END_OF_DOCUMENT_TOKEN_TO_BE_REPLACED 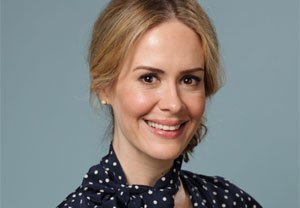 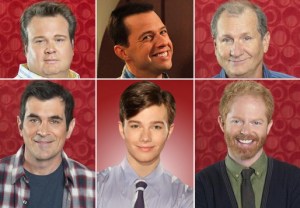 If you thought the men of Modern Family had a strong grip on Emmy’s Best Supporting Actor in a Comedy category back in 2010, then this year it’s nothing short of a stranglehold. END_OF_DOCUMENT_TOKEN_TO_BE_REPLACED 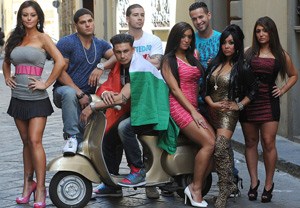 Here are the reactions from this year’s nominees (detailed here) that TVLine has collected thus far — keep checking back for more! END_OF_DOCUMENT_TOKEN_TO_BE_REPLACED

Jon Cryer Opens Up About 'Great Friend' Charlie Sheen: 'We Want Nothing But the Best for Him' 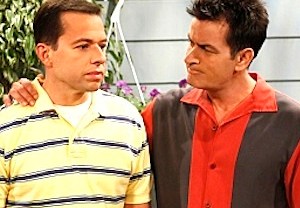 During a visit to CBS’ Late Show with David Letterman on Wednesday, the remaining Two and a Half Men man took some time to discuss his erstwhile co-star, Charlie Sheen. And while jokes were made about the embattled actor’s current plight — mainly on Letterman’s end — Cryer took the high road when it came to Sheen, someone he still calls a “great friend.” END_OF_DOCUMENT_TOKEN_TO_BE_REPLACED

There are few certainties about the 2011 Emmys derby, but rest assured this is one of them: if you’re a male performer on a sitcom not called Modern Family, you face an uphill battle elbowing your way into the Outstanding Supporting Actor in a Comedy Series race. Even without a nod for patriarch Ed O’Neill last year, ABC’s hit comedy accounted for half of all the category’s nominations. So the question this year isn’t whether the Family men will make another strong showing — they will — but rather who’ll snap up the remaining spots. Here’s how things look going into nomination season. END_OF_DOCUMENT_TOKEN_TO_BE_REPLACED