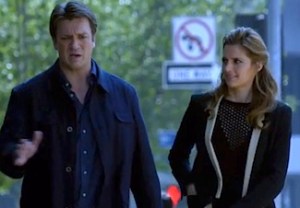 This Monday on Castle (ABC, 10/9c), Rick’s in the midst of verbally crucifying Alexis’ choice of live-in boyfriend when he and Kate come across a crucifixion-style murder — and we’ve got a first look at the grisly discovery. END_OF_DOCUMENT_TOKEN_TO_BE_REPLACED 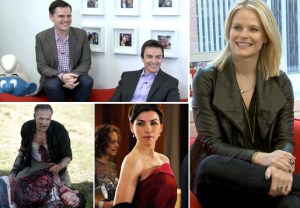 TV’s Killing Season is upon us, and this week’s Spoiler Alert! marks the occasion with an episode devoted almost entirely to the Grim Reaper.

Our special guest, Joelle Carter, kicks things off my warning Matt Mitovich and I that Tuesday’s Justified finale features END_OF_DOCUMENT_TOKEN_TO_BE_REPLACED

Justified's Joelle Carter Previews Ava's 'Poetic Romance' With Boyd: 'She May Surprise Him!' 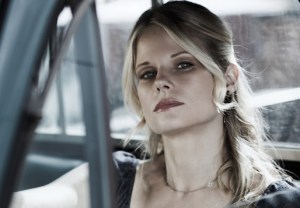 Whoever said “Nice guys finish last” just might be a member of the Justified writing staff, because one of Harlan County’s prettiest catches, Ava Crowder, effectively rebounded from a spell of “raw passion” with U.S. Marshal Raylan Givens to find true romance with resident bad boy (and onetime bro-in-law) Boyd. Will Ava get more than she bargained for from this unlikely union? Or is Boyd the one due for a shock? TVLine spoke with Joelle Carter END_OF_DOCUMENT_TOKEN_TO_BE_REPLACED 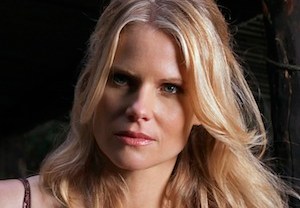 This Wednesday’s episode of the acclaimed drama (FX, 10/9c), though, steers scorned Ava in a new direction END_OF_DOCUMENT_TOKEN_TO_BE_REPLACED