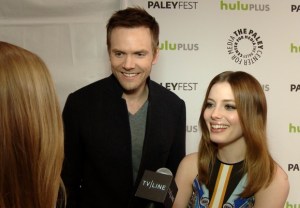 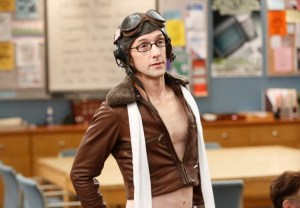 Joel McHale has a warning for fans eager to see the upcoming Community installment penned by his Oscar-winning co-star Jim Rash: “It was pretty bad.”

The Soup host did, however, say this in jest while sitting directly next to Rash, who actually echoed his friend’s silly sentiments. END_OF_DOCUMENT_TOKEN_TO_BE_REPLACED 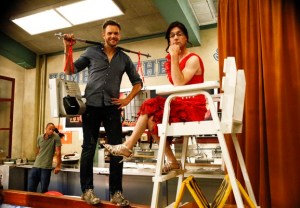 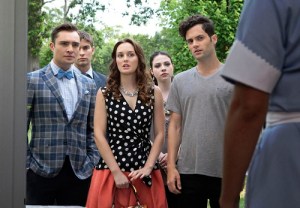 Who is the pot-stirring, trouble-causing, dastardly and devious Gossip Girl?

It’s the question on every fan’s mind as The CW soap of the same name enters its sixth and final season (bowing Oct. 8), and thankfully we can officially confirm that the mystery gal will be unmasked by series’ end. END_OF_DOCUMENT_TOKEN_TO_BE_REPLACED

TV Stars Eying Oscar: Who Made the Cut? Who Got Snubbed? 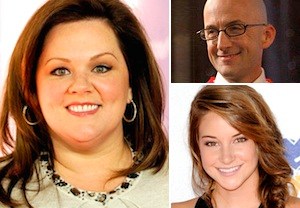 The small screen loomed large Tuesday morning with the announcement of Oscar nominations, as a handful of current TV stars found themselves up for film’s highest honor.

The most high profile names to make the cut: END_OF_DOCUMENT_TOKEN_TO_BE_REPLACED

Community's Jim Rash on the Dean's Hollywood Moment -- and that Seal Duet With Joel McHale! 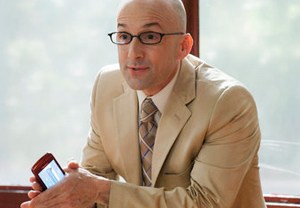 Community's John Goodman Has Dean Pelton's 'Privates In a Vice'! Will Jeff Defend His Foe? 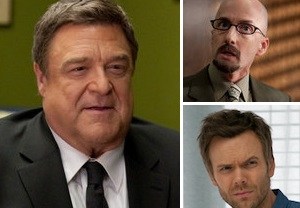 You’ve no doubt read here about the showdown looming in Season 3 of NBC’s Community, between Dean Pelton (played by Jim Rash) and Vice Dean Laybourne, the imperious head of Greendale’s apparently renowned air conditioning repair school. But perhaps no one sums up the gents’ adversarial dynamic better than incoming guest star John Goodman himself. END_OF_DOCUMENT_TOKEN_TO_BE_REPLACED 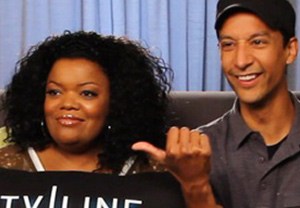 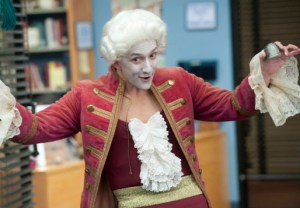 The Community crew has really been holding out on us! Sure, we’ve seen an adventure or two (zombiepocalypses, paintball wars) over the years, but this Thursday’s installment (NBC, 8/7c) presents Greendale in a whole new light — one alternately featuring ghosts, glee clubs, and a great love (or loathing) of something called The Cape. As “clip” shows go, this episode is rather epic, boasting some 78 separate (and brand-new) scenes. I’m here to dish on 12 of the standouts. Plus, find out what the cast and creators have to say about the laborious undertaking. END_OF_DOCUMENT_TOKEN_TO_BE_REPLACED