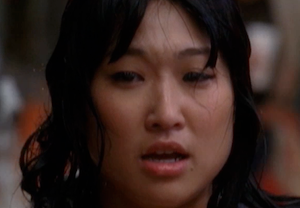 Those are Tina’s first words upon realizing that Princess Bossy Pants has taken possession of her body in next Tuesday’s character-swapping episode of Glee — and TVLine’s got an exclusive first look at the dramatic inciting incident. END_OF_DOCUMENT_TOKEN_TO_BE_REPLACED

Exclusive: Glee to Air Super-Sized [Spoiler]-Themed Episode on May 15 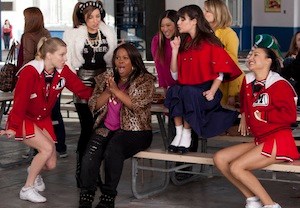 Fox is turning Glee‘s third trip to Nationals into an all-night event.

Sources confirm to TVLine exclusively that the network is combining the show’s 20th and 21st installments into one, two-hour episode on Tuesday, May 15.

But it’s the first of those two hours — which finds New Directions planning for the annual competition — that is likely to generate the most watercooler chatter. That’s because END_OF_DOCUMENT_TOKEN_TO_BE_REPLACED

The Glee Crew on Cast Cuts, Series Regular Upgrades and a Big Dilemma for Coach Beiste 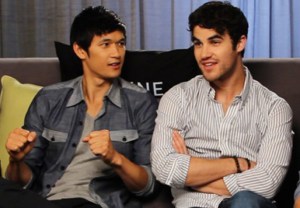 First, Glee reveals that it’s graduating (but not dismissing) Rachel, Finn and Kurt, and now… I can’t even bring myself to tell you which other McKinley High mainstay’s future may be up in the air. END_OF_DOCUMENT_TOKEN_TO_BE_REPLACED 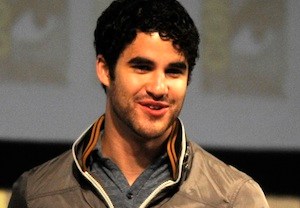 There was more to Glee‘s San Diego Comic-Con event — moderated by TVLine Editor-in-Chief Michael Ausiello — than the (very big) news that Lea Michele, Cory Monteith and Chris Colfer are not necessarily leaving after the coming season, and that viewers have seen the last of Sam. No, the producers and cast also shared a look at Season 3’s plans for  Kurt/Blaine, Mercedes’ new love life, and Sue’s assault on all glee clubs. Allow us to hit you with the highlights END_OF_DOCUMENT_TOKEN_TO_BE_REPLACED 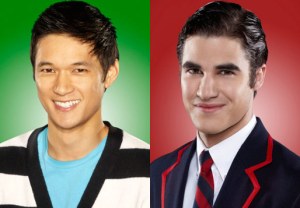 On the heels of news that the pair have been made series regulars for season 3, TVLine can exclusively confirm that they both will be making the trek to Comic-Con.

The heartthrobs will join END_OF_DOCUMENT_TOKEN_TO_BE_REPLACED