Once Upon a Time Bosses Confirm One 'Emotional' Return, Offer Update on Other Encores for Final Season 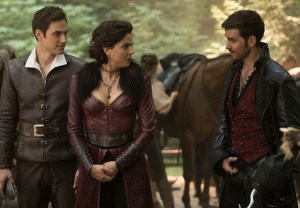 As Once Upon a Time gets ready to launch the back half of what will now be its final season (starting this Friday at 8/7c), the ABC drama’s’ creators were asked at a Tuesday press screening to tease any big encores for the series finale. END_OF_DOCUMENT_TOKEN_TO_BE_REPLACED

Once Upon a Time Bosses Confirm Six Total Exits: 'We Fervently Believe It Won't Be the Last We See of Them' 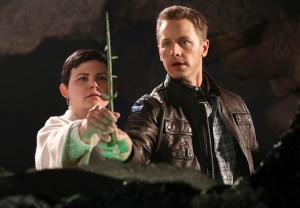 Capping a week in which Jennifer Morrison unexpectedly bid Once Upon a Time adieu and Rebecca Mader announced her own exit, the ABC series’ creators have stepped forth to confirm six total departures. END_OF_DOCUMENT_TOKEN_TO_BE_REPLACED

Once Upon a Time: Burning Questions Answered! 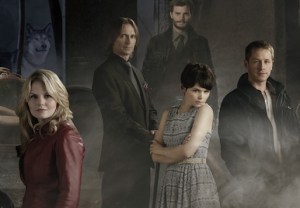 The premiere of ABC’s Once Upon a Time — to be repeated this Sunday at 7/6c, leading into Episode 2 — not only enchanted viewers, it left them with lots of questions! Who all knows about the curse? Will John Doe ever open those pretty eyes? And what other fun fairytale characters are visiting the show during Season 1?

Once Upon a Time: Your Guide to the Magical Residents -- Real and Fairy Real! 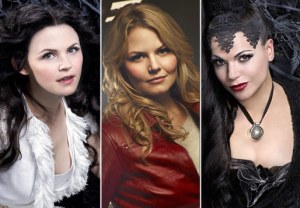 This Sunday at 8/7c, ABC’s Once Upon a Time will spin a fantastical tale that could only come from former Lost executive producers and scribes Edward Kitsis and Adam Horowitz.

Once Upon a Time First Look: Jennifer Morrison Gets Schooled on a Town's Fabled Secrets 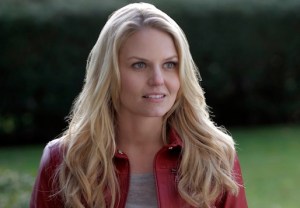 ABC wraps up its roll-out of new fall shows this Sunday at 8/7c with the premiere of Once Upon a Time, a fun and fantastical drama that raises the question: What if fairy tale characters were banished to a real-world existence, with no idea of their true identities? And what if a pretty bail bondsperson from Boston held the secret to giving them back their “happy endings”?

If you find that a lot to swallow, know that you are in good, skeptical company. In this exclusive clip END_OF_DOCUMENT_TOKEN_TO_BE_REPLACED

Fall TV is almost here, which means some of your favorite actors will soon be back in series either new (hi, Zooey Deschanel!) or familiar. But there’s also plenty of promising fresh faces making their way to your TV this season. Some have paid their dues with myriad guest spots and supporting roles. Others are so straight off the bus we have to wonder if they even have their SAG card yet. END_OF_DOCUMENT_TOKEN_TO_BE_REPLACED