Manifest Season 4 on Netflix: Who's Back? Who Isn't? Whose Fate Is TBD? 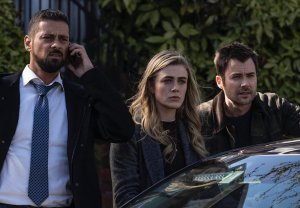 Now that NBC’s cancelled Manifest has been officially saved for a fourth — and final — season on Netflix, it’s time to take stock of which actors will be back, and which… won’t. END_OF_DOCUMENT_TOKEN_TO_BE_REPLACED