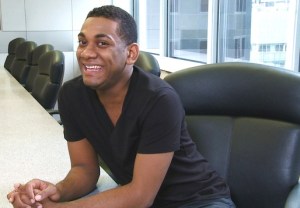 Joshua Ledet may have developed a reputation as the most outrageous performer of American Idol‘s 11th season, but in actuality, he was holding back big time. “Now that I’m actually free,” says the third-place finisher, “I’ll probably be doing way more and just go crazy on stage.”

Joshua stopped by Idology HQ to discuss the multiple occasions during his Idol run where he made up song lyrics, his state of mind during gut-busting numbers like END_OF_DOCUMENT_TOKEN_TO_BE_REPLACED

Idology: Jessica Sanchez on Short Skirts and Sabotage. Plus: 'I'm Not the Next Celine Dion' 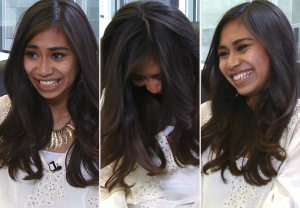 If you’re going to describe Jessica Sanchez’s American Idol journey as a rollercoaster ride, make sure there’s a “you must be this tall” sign at the entrance. END_OF_DOCUMENT_TOKEN_TO_BE_REPLACED 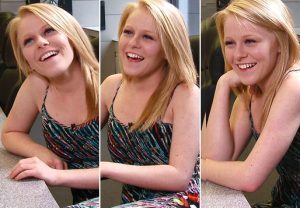 Hollie Cavanagh fans still upset by the tough feedback she got from American Idol judges over the course of Season 11, breathe easy. As Kelly Clarkson likes to say, what doesn’t kill you makes you stronger, and indeed, that’s Hollie’s philosophy about her rollercoaster journey to a fourth-place finish. END_OF_DOCUMENT_TOKEN_TO_BE_REPLACED

Idology: Skylar Laine on Guns, Guitars, and Glory Notes. Plus: Hear a Bit of Her Self-Penned 'Pistol'! 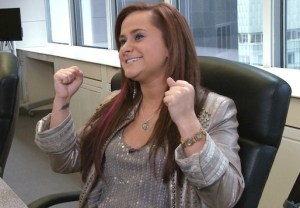 If Skylar Laine is upset about her fifth-place finish on Season 11 of American Idol, she’s doing a darn fine job of concealing it. The upbeat Mississippi teenager stopped by Idology HQ for a two-part interview where she talked about everything from her “out of control” performing hand to the random thoughts that populate her head on stage to END_OF_DOCUMENT_TOKEN_TO_BE_REPLACED 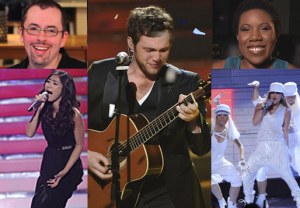 Whether or not you were rooting for a Phillip Phillips victory, there were plenty of reasons to celebrate when the confetti began to fall at the end of American Idol‘s eleventh season.

On this week’s two-part episode of Idology, Season 6 standout Melinda Doolittle and I discuss why the latest chapter in Idol history turned out to be so stellar, offer an in-depth analysis of when exactly Phillip sewed up the win, and examine how the Idol Machine played a part in thwarting Jessica Sanchez’s attempts to END_OF_DOCUMENT_TOKEN_TO_BE_REPLACED

Idology: Who's to Blame for Joshua's Exit, and Why Jessica Can't Lose to Phillip 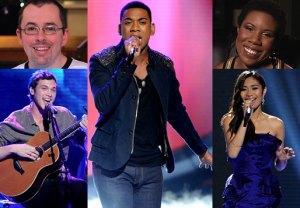 American Idol airs its two-part season finale this Tuesday and Wednesday (8/7c, Fox), but before the Idoloonie Nation can focus its energies on the apples-vs.-picture frames matchup of Phillip Phillips and Jessica Sanchez, we need to take a moment to ask: END_OF_DOCUMENT_TOKEN_TO_BE_REPLACED 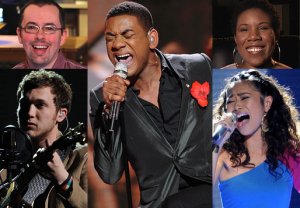 American Idol‘s Season 11 Top 3 is in place — thanks to Joshua speaking an alien language, Phillip stripping down (musically, not literally, of course), and Jessica demanding that you’re gonna luh-uh-uh-uhhhhhh-vvee her. END_OF_DOCUMENT_TOKEN_TO_BE_REPLACED 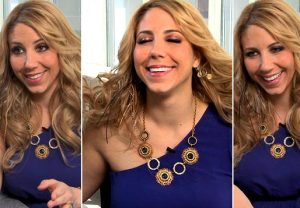 To say Elise Testone‘s American Idol trajectory had its ups and downs would be like saying the 2012 presidential campaign is mildly contentious. Indeed, the Season 11 rocker chick gave us some of the choicest moments of Season 11 — think “Vienna,” “Whole Lotta Love,” and “Bold as Love” — but also struggled with what some observers felt was an unbecoming attitude when faced with trips to the Bottom 3 and tough criticism from Jennifer Lopez and Randy Jackson.

Idology: Is Phillip's Win Inevitable, or Is There a Secret Plot to Launch [Spoiler] to Victory? 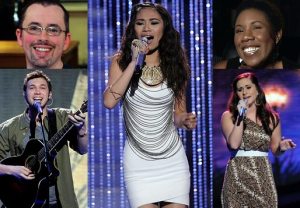 With three weeks to go in American Idol‘s 11th season, plenty of fans and pundits have already conceded the race to guitar-slingin’ Georgia peach Phillip Phillips. But let’s not forget: It’s not over till Ryan Seacrest has turned a 5-second announcement into two hours of agony, Kieran’s dimmed the lights, and a lifetime’s supply of glittering confetti is choking out some talented vocalist trying to work his (or her) way through another sappy Idol victory anthem.

On this week’s Idology, Season 6 standout Melinda Doolittle and I try to make sense of END_OF_DOCUMENT_TOKEN_TO_BE_REPLACED 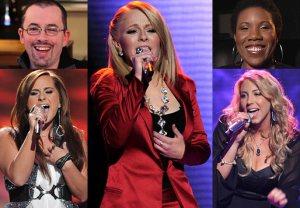 We’re down to just five contestants on Season 11 of American Idol, and even though one of ’em isn’t Elise Testone, the show must go on*. On this week’s Idology, Season 6 standout Melinda Doolittle and I discuss the surprising rise of Hollie Cavanagh and what that means for her female competitors Jessica Sanchez and Skylar Laine; the Terminator-like march of Phillip Phillips; the nonstop standing ovations for Joshua Ledet (and why they make us nervous); and the fact that the judges are now advancing their collective agenda not with their words, but with END_OF_DOCUMENT_TOKEN_TO_BE_REPLACED