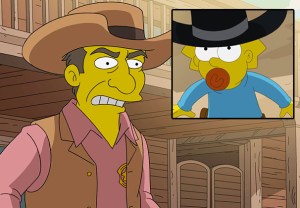 With the airing of Sunday’s 636th episode (Fox, 8/7c), The Simpsons officially becomes television’s longest-running primetime scripted series. But Gunsmoke, which ran for 635 episodes from 1955 to 1975, isn’t about to give up its title so easily. END_OF_DOCUMENT_TOKEN_TO_BE_REPLACED

TVLine Items: Chloë Sevigny's New Hit, More Doctor Who Ahead, and Other News to Know 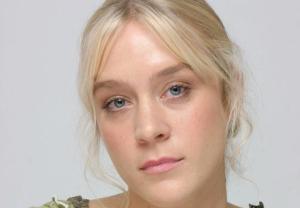 Chloë Sevigny has landed her first major post-Big Love TV gig, and it’s taking her across the pond. END_OF_DOCUMENT_TOKEN_TO_BE_REPLACED 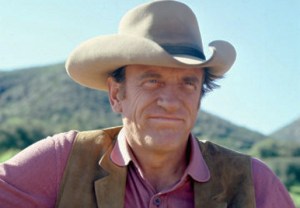 James Arness, who for 20 seasons played U.S. Marshal Matt Dillon on CBS’ Gunsmoke, died on Friday at the age of 88.

Arness died in his sleep at his home in Brentwood, Calif., his business manager told the Associated Press.

In a letter that he wrote to be posted posthumously on his website, Arness said END_OF_DOCUMENT_TOKEN_TO_BE_REPLACED