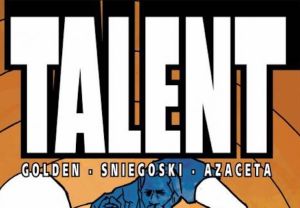 Fox is looking to put on a supernatural-tinged Talent show, with a gender-flipped, live-action adaptation of the graphic novel series of the same name. END_OF_DOCUMENT_TOKEN_TO_BE_REPLACED

Sneaky Pete EP Breaks Down Season 2 Cliffhanger and Why Bryan Cranston Couldn't Come Back... Yet 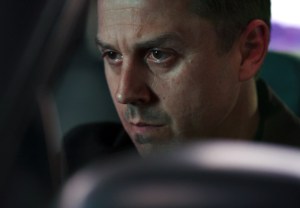 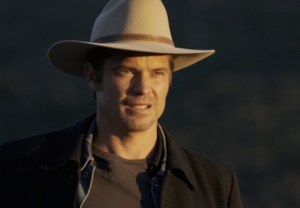 In the beginning, and to the very end, Justified was about two guys who once dug coal together.

The FX drama on Tuesday night wrapped its six-season run with, of course, much gunplay, a couple more deaths END_OF_DOCUMENT_TOKEN_TO_BE_REPLACED 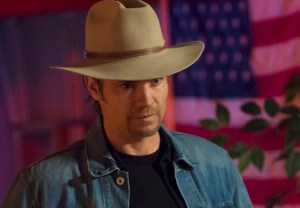 Warning: If you’ve yet to watch Tuesday’s Justified finale, avert your eyes now. Everyone else, read on… END_OF_DOCUMENT_TOKEN_TO_BE_REPLACED

Fox on Wednesday morning announced another pair of pilot orders, and one of them is really bringing out the top guns. 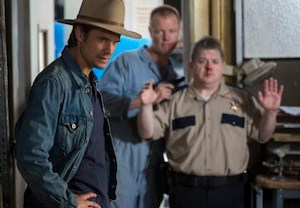 What’s up with Justified‘s Winona? Is Patton Oswalt sticking around? And do Raylan and Boyd even like each other?

During a panel at the Television Critics Association’s winter press tour in Pasadena on Wednesday, the FX series’ cast — including Timothy Olyphant, Walton Goggins and Joelle Carter — and creator Graham Yost dished all about what’s to come on the drama’s just-launched Season 4. END_OF_DOCUMENT_TOKEN_TO_BE_REPLACED

Justified Spoiler Alert: Something Really Big Is About to Go Down in Harlan County 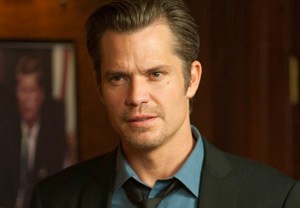 It’s a good time to be a Justified fan. Not only has the FX drama just been renewed for a third season, but its second is currently firing on all cylinders. In fact, I’ve seen the next two episodes (Wednesdays 10/9c), and I can tell you it only gets better. As I teased in Ask Ausiello, covering up his ex’s get-rich-quick scheme takes a psychological toll on our swaggertastic hero and throws him off his game. How far off his game? Let’s ask exec producer Graham Yost, who’s here to discuss this week’s episode, next week’s “Act Two” climax and a season finale that’s sure to be explosive. END_OF_DOCUMENT_TOKEN_TO_BE_REPLACED 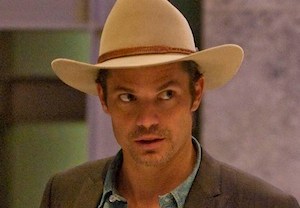 This Wednesday at 10/9c, when FX’s Justified launches its second season, it should come as no surprise that the new episodes hit the bulls-eye in a way that would make the drama’s sharpshooter protagonist proud. END_OF_DOCUMENT_TOKEN_TO_BE_REPLACED