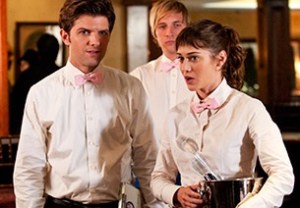 The Parks and Recreation star has pulled an Arrested Development of sorts, and announced that a Party Down movie is still very much a reality. END_OF_DOCUMENT_TOKEN_TO_BE_REPLACED