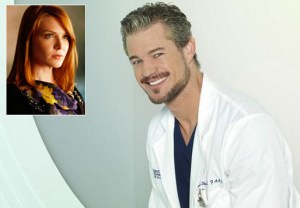 Chyler Leigh on Becoming the Grey in Grey's, the State of 'Mexie,' and Being a Heavenly Host 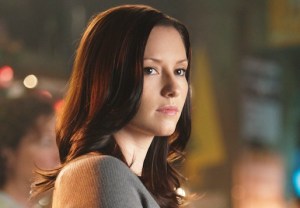 One of the things Grey’s Anatomy did with last month’s season finale was dump cold water on the Mark/Lexie push-pull romance. Sort of. Or maybe not really, to hear Chyler Leigh tell it. (Then again, that Jackson is such a perfect match…. Hmm.) TVLine welcomed an opportunity to speak with Leigh about the Grey’s season gone by, who in the “Mexie” mess actually needs to “grow up,” and the possibly very transitional season ahead for the ABC drama. Also: Leigh opens up about a cause very dear to her, and how with raindrops you can help fill buckets for people in need. END_OF_DOCUMENT_TOKEN_TO_BE_REPLACED 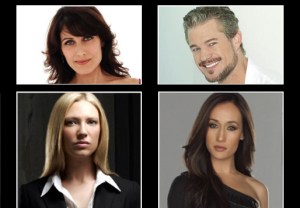 Got the Monday blahs? Let’s see if I can perk up the start of your week with a flurry of scoops, teases and sound bites from some of TV’s hottest shows and stars. END_OF_DOCUMENT_TOKEN_TO_BE_REPLACED

For Grey's Anatomy's Lexie, Things Get 'Steamy' and 'Awkward' With the Men In Her Life 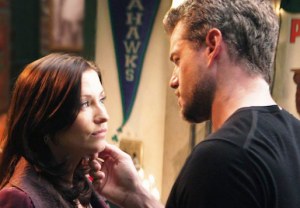 This Thursday on Grey’s Anatomy (ABC, 9/8c), Lexie rides quite the emotional roller-coaster, enjoying a hot hook-up with one fella before getting served a chilly helping of “uncomfortable” courtesy of another. 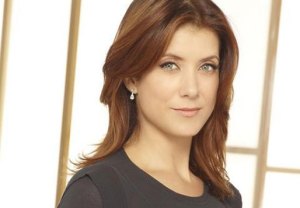 In what can only be viewed as an ominous sign for that little bun in Callie’s oven, Private Practice heroine Kate Walsh is bringing her baby doc back to Grey’s Anatomy later this season, sources confirm to me exclusively.

Details are sketchy, but I’m told that Addison will be summoned to Seattle Grace in the March 31 musical-themed episode for the purpose of END_OF_DOCUMENT_TOKEN_TO_BE_REPLACED

Grey's Anatomy Bombshell: Whose Side Are You On? 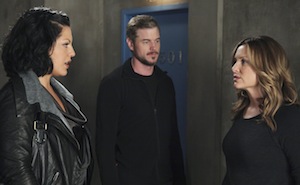 Five words added up to quite the emotional bombshell on Thursday night’s Grey’s Anatomy, raising the question: Can Callie and Arizona ever find their way back to each other?