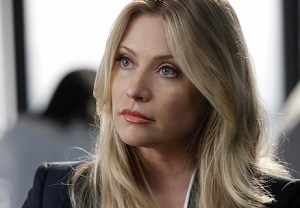 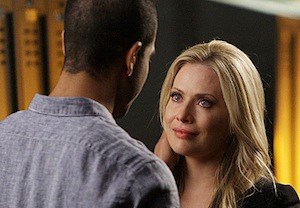 Tonight on CSI: Miami (CBS, 10/9c), sure, Horatio digs up a bit of political scandal and Malcolm McDowell puts in an encore as ruthless legal eagle Darren Vogel. But the beating heart of the episode belongs to Calleigh Duquesne, who pulls the trigger on what promises to be a life-changing decision — and one that prompts Delko to go out on a limb himself. END_OF_DOCUMENT_TOKEN_TO_BE_REPLACED 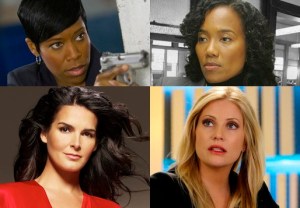 And on the fifth day, they increased our pulse rates.

Yes, folks, we’ve reached Day 5 of our Ultimate Female Law-Enforcement Crushes Bracket Tournament, and the competition is getting hot in more ways than one. END_OF_DOCUMENT_TOKEN_TO_BE_REPLACED 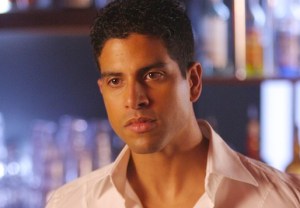 Adam Rodriguez didn’t merely call the shots as the director of this Sunday’s CSI: Miami (CBS, 10/9c). If we may continue the metaphor, he also manufactured the bullets, having himself written the episode in which Delko and the rest of Horatio’s team stumble upon a hunting club that preys upon scrambling humans. TVLine asked Rodriguez about flirting with that “triple threat” status as well as solicited his take on the cooled-off red-hot Delko/Calleigh dynamic. END_OF_DOCUMENT_TOKEN_TO_BE_REPLACED