Office Boss Race: Down to Jim, Dwight or Andy? 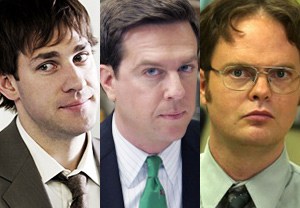 Here’s some grist for the watercooler for ya! Now that we know James Spader is being wooed to join The Office as a replacement for Kathy Bates’ CEO, Jo, and not for Steve Carell’s office manager, Michael, it seems increasingly likely (even inevitable?) that the sitcom’s producers will promote from within to fill the vacant post at the Scranton branch. And, as teased in this week’s Ask Ausiello, the current frontrunners for the job are Jim, Andy and Dwight. Assuming the execs need a little help making the big decision, we’ve compiled a handy list of each contender’s pros and cons. And, just to keep things democratic (the Fourth of July is coming up), we embedded a poll for you to weigh in, too. END_OF_DOCUMENT_TOKEN_TO_BE_REPLACED

There are few certainties about the 2011 Emmys derby, but rest assured this is one of them: if you’re a male performer on a sitcom not called Modern Family, you face an uphill battle elbowing your way into the Outstanding Supporting Actor in a Comedy Series race. Even without a nod for patriarch Ed O’Neill last year, ABC’s hit comedy accounted for half of all the category’s nominations. So the question this year isn’t whether the Family men will make another strong showing — they will — but rather who’ll snap up the remaining spots. Here’s how things look going into nomination season. END_OF_DOCUMENT_TOKEN_TO_BE_REPLACED 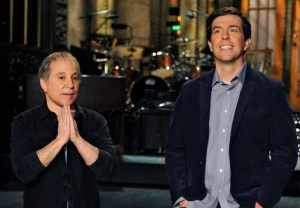 SNL often feels like The Hangover Part II; fun and nervy, yes, but an unnecessary retread of ideas we already enjoyed years ago. This week was no exception, as host Ed Helms led a night of half-baked sketches and under-utilized ladies, begging the question, “What up with that?” (Yes, Kenan Thompson reiterated the sentiment in song several times.) Luckily, the best two skits of the night were undeniable successes. Let’s review: END_OF_DOCUMENT_TOKEN_TO_BE_REPLACED 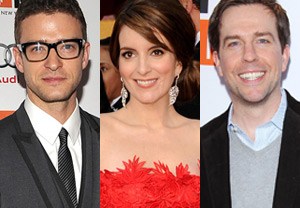