Psych Out: USA Network Staple to Conclude in March After 8 Seasons, With Answer-Filled Finale 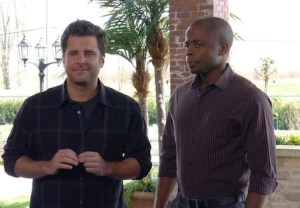 I know, you know that this day was inevitable: Psych is coming to an end.

USA Network confirmed that the long-running comedy’s current eighth season will be its last; the closure-filled series finale — which I’m told will answer all of fans’ burning questions — will air on Wednesday, March 26 at 9/8c. It will be followed immediately by END_OF_DOCUMENT_TOKEN_TO_BE_REPLACED 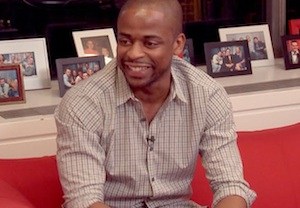 Funny story: I managed to Psych out Dulé Hill — to the point that he revealed why he and his co-stars looked so damn hungry in the USA Network hit’s musical episode (airing Sunday, 9/8c)! And that’s just for starters… END_OF_DOCUMENT_TOKEN_TO_BE_REPLACED 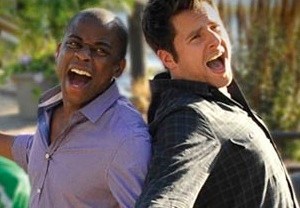 The critics have spoken… and they are both illiterate and nonexistent.

Psych Scoop on Harry Potter-Themed Episode Set in 'London' -- Plus: Is Season 8 the End? 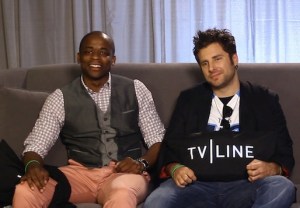 If Psych‘s upcoming eighth season turns out to be its last, USA Network’s long-running laugh-riot is going out with a bang.

Series creator Steve Franks, who dropped by TVLine’s Comic-Con interview suite with series stars James Roday and Dulé Hill, confirmed to me that the show is heading to London for an episode inspired by Harry Potter — but END_OF_DOCUMENT_TOKEN_TO_BE_REPLACED 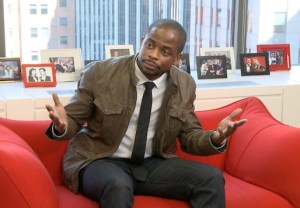 In this week’s Spoiler Alert!, Dulé Hill hits the couch to tease not only Psych’s upcoming musical extraganza but also next week’s 100th episode that’s so Clue-inspired that “we have three different endings that the audience gets to choose [from]” — just like the classic movie! END_OF_DOCUMENT_TOKEN_TO_BE_REPLACED 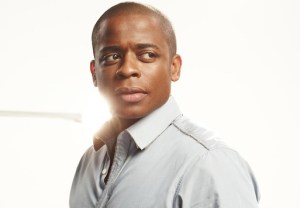 Is Gus’ losing streak in the romance department about to come to an end on Psych? My sixth sense is telling me it is. Well, that and this next scoop.

TVLine has learned exclusively that END_OF_DOCUMENT_TOKEN_TO_BE_REPLACED 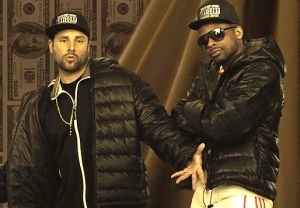 There will be a bit more to love about Psych‘s mid-season premiere — seven minutes more, to be exact.

Meaning, the show’s Feb. 29 Leap Day return will run a robust 67 minutes, a rep for USA Network confirms to TVLine. 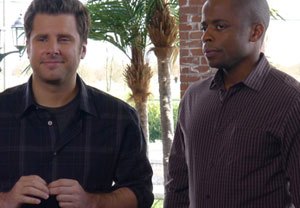 Quick! Take the next 29 seconds and brainstorm a list of ridiculous activities that one could enjoy with members of the British Royal Family. That’s exactly what you’ll see Psych‘s Shawn Spencer (James Roday) doing in this absurd series of outtakes from END_OF_DOCUMENT_TOKEN_TO_BE_REPLACED 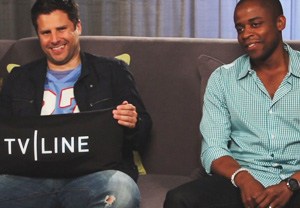 When Psych, like all good things, eventually comes to an end, its series finale will likely feature a wedding.

That was one of the three key takeaways from my highly enjoyable and über-scoopy chat with series stars James Roday and Dulé Hill at TVline’s Comic-Con interview suite on Thursday. END_OF_DOCUMENT_TOKEN_TO_BE_REPLACED