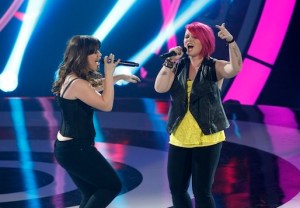 “There are 7 billion voices, and very few of them are unique and special.” That quote from R&B star John Legend was supposed to sum up the difficulty of trying to find two amateur vocalists with whom he could share the stage on Duets, ABC’s new entry in the reality singing sweepstakes. But in a larger sense, Legend’s weary commentary might also reflect the uncertainty of a TV audience that’s trying to figure out if it needs — or even wants — the search for new radio and iTunes stars to be a 12-month-a-year endeavor. END_OF_DOCUMENT_TOKEN_TO_BE_REPLACED

What to Watch: The TVLine-Up for Thursday 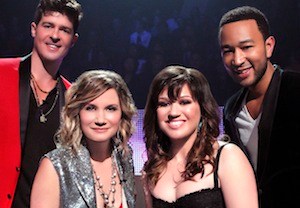 On TV this Thursday: ABC’s Duets puts a new spin on singing competitions, Rookie Blue is back on duty, Awake goes into a final slumber, familiar faces are Men at Work and more. Here are seven programs you might want to check out. END_OF_DOCUMENT_TOKEN_TO_BE_REPLACED 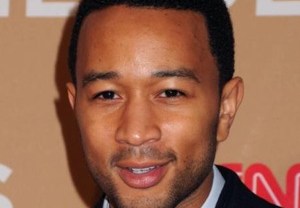 The Grammy-winning recording artist will serve as a mentor and singing partner to aspiring musicians alongside fellow stars Kelly Clarkson, Jennifer Nettles and Robin Thicke. END_OF_DOCUMENT_TOKEN_TO_BE_REPLACED

Kelly Clarkson, Lionel Richie and Others to Duet With Aspiring Singers in ABC Competition Series 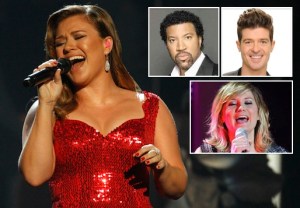 Call it Singing With the Stars.

Recording artists Kelly Clarkson, Jennifer Nettles, Lionel Richie and Robin Thicke will serve as mentors as well as singing partners in Duets, a new competition series set to air this summer on ABC.

The twist, because there kinda has to be one END_OF_DOCUMENT_TOKEN_TO_BE_REPLACED