Ratings: Duets Goes Out on a Low Note, Rookie Blue Hits a High 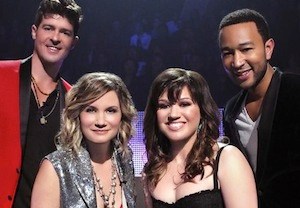 ABC’s Duets is not singing a happy tune.

The freshman singing competition wrapped its run on Thursday night with a total audience of 4.5 million viewers and a 0.9 demo rating, down 5 and 10 percent week-to-week and hitting a series low with the 18-49 crowd.

The news was better for ABC END_OF_DOCUMENT_TOKEN_TO_BE_REPLACED 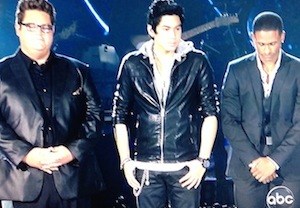 Just like its charming/ridiculous “exploding mirrorball” logo and mid-2000s dance-club theme song, Duets wrapped its first season tonight with a vibe that was more about low-wattage summer fun than a serious coronation of the next big Billboard chart topper.

That doesn’t mean, however, that the contestant END_OF_DOCUMENT_TOKEN_TO_BE_REPLACED 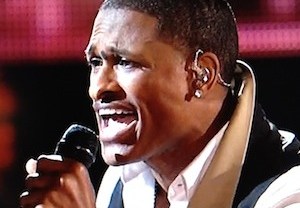 Some folks might gripe that Duets is yet another reality singing competition that’s guaranteed to produce a male winner — yeah, there’s not a lady to be found in the Final 3 — but I’ve got a bigger gripe with ABC’s low-wattage summer series: END_OF_DOCUMENT_TOKEN_TO_BE_REPLACED 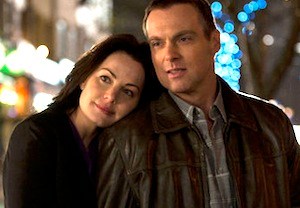 Buoyed by its splashy Olympic swimming trials lead-in — which drew 6.2 million total viewers and a 1.7 demo rating — NBC’s Saving Hope (3.3 mil/0.7) floated up two tenths in the demo and 22 percent in audience this week.

Duets Recap: Gotta Have Some Faith in the Sound 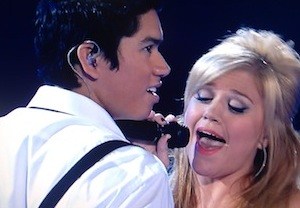 Remember that time a suddenly blonde Kelly Clarkson covered “Freedom ’90” and you went out of your mind with elation? Okay, that was last night on ABC’s Duets, and by “you,” I actually mean “me.” END_OF_DOCUMENT_TOKEN_TO_BE_REPLACED

Duets Recap: All the Right Movies 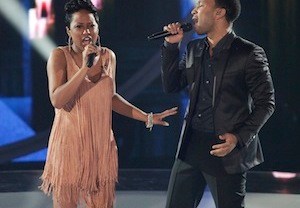 Memo to Duets‘ “superstar” mentors: Please stop telling each week’s Bottom 2 contestants that it doesn’t matter if they get booted, that their participation on ABC’s summer reality series is only the beginning of their careers in the music biz. END_OF_DOCUMENT_TOKEN_TO_BE_REPLACED

Duets: Did the Right Contestant Get Booted? 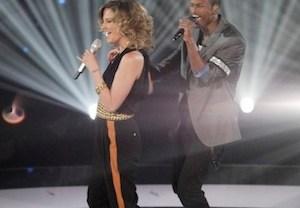 Duets is a little like the lamb chop I had for dinner last night: Perfectly lovely summer weeknight fare, but with tiny morsels that get stuck in your teeth and drive you loopy hours after the meal is over. END_OF_DOCUMENT_TOKEN_TO_BE_REPLACED 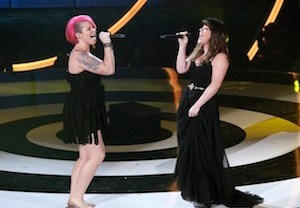 If you just tuned in to ABC’s Duets for the first time this week, congratulations! Because apparently, those of us who wasted our time on Episodes 1 and 2 were actually watching some sort of meaningless preliminary rounds that won’t have any impact on the competition.

If that’s not the case, then shame on ABC nonetheless. After all, END_OF_DOCUMENT_TOKEN_TO_BE_REPLACED 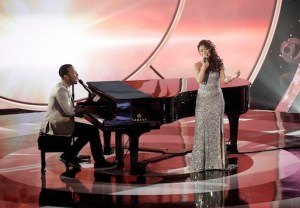 ABC clearly invested good money in developing Duets‘ unimonikered emcee Quddus. Unlike the hostbots of many competing reality-competition series, Quddus convincingly exhibits lifelike qualities such as humor, empathy, and even sarcasm. He’s also programmed for basic math skills and an uncanny ability to process and respond to stimuli taking place in front of him. Yes, reality TV fans, the future is here, and DWTS‘ Robo Brooke Burke might be scheduled for a summer “vacation” at the Pentium plant.

Quddus kicked off Week 2 by trying to explain how the hell this show actually works, END_OF_DOCUMENT_TOKEN_TO_BE_REPLACED

Ratings: So You Think You Can Dance Returns Up and Down, Duets Opens OK, Rookie Blue Solid 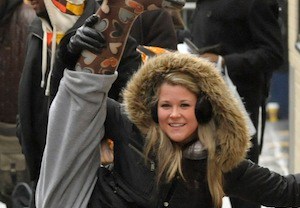 The Season 9 premiere of Fox’s So You Think You Can Dance flitted away with the demo win this Thursday night, averaging a 2.4 while drawing 6.23 million total viewers.

Those numbers mark drops of 27 and 33 percent from the Season 8 opener, yet END_OF_DOCUMENT_TOKEN_TO_BE_REPLACED