Rookie Guest Star Demetrius Grosse on Being Cleared by Investigation: 'It's Been a Very Challenging Time' 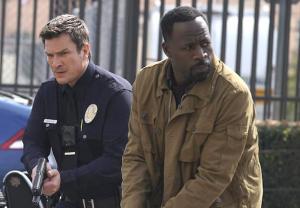 Demetrius Grosse, who guest-starred during Season 1 of ABC’s The Rookie, says it was a “very challenging time” between when Afton Williamson publicly ID’d him in her allegations END_OF_DOCUMENT_TOKEN_TO_BE_REPLACED