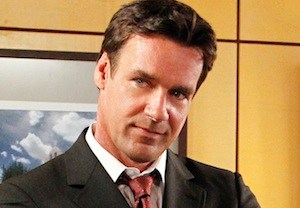 David James Elliott has found a new home on TV. The longtime JAG star has joined Leslie Bibb in ABC’s comedy pilot Good Christian Bitches, per Deadline. Elliott, who will guest star in an upcoming episode of CSI: NY, is set to play the husband of the just-cast Kristin Chenoweth.

For his encore, which is slated to air in April, Russ returns to END_OF_DOCUMENT_TOKEN_TO_BE_REPLACED