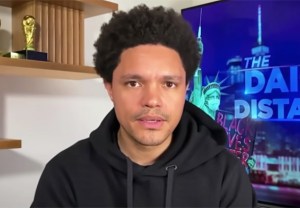 An incredulous Trevor Noah was among Monday’s late-night hosts who addressed the recent police shooting of Daunte Wright, an unarmed Black man who was killed during a traffic stop in Minnesota. END_OF_DOCUMENT_TOKEN_TO_BE_REPLACED