Good Wife Season 3 Scoop: Hotel Hook-Up Aftermath, Plus Will's Blast from the Past 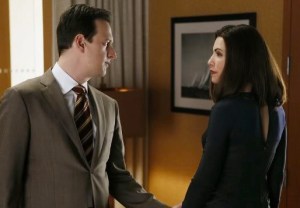 It was an “exceptional” moment on Thursday morning when CBS’ The Good Wife netted nine Emmy nominations, the most of any broadcast network drama series. (The next closest was Friday Night Lights, with four.) But what good is all that prospective gold if no one knows to find you in a new time slot come Sunday, Sept. 25, at 9/8c? Series co-creators Robert and Michelle King trust that the wealth of Emmy love will help them on that and other fronts as the new season draws near. END_OF_DOCUMENT_TOKEN_TO_BE_REPLACED

The Good Wife Mystery: For Pete's Sake, Where Was Chris Noth Last Night?! 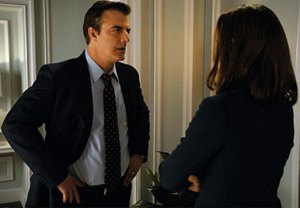 It’s rare that I walk away from a Good Wife episode focused on what it lacked, but that’s exactly the position I found myself in following Tuesday’s momentous hour — which saw Peter Florrick’s yearlong campaign sprint for state’s attorney climax with a decisive win. END_OF_DOCUMENT_TOKEN_TO_BE_REPLACED 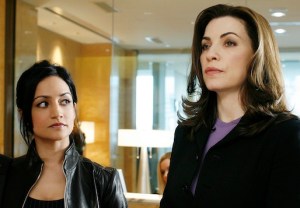 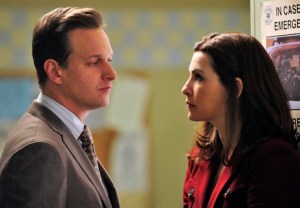 What’s next for TV’s most intense romantic triangle? What’s the dirt on the new dirt-digger to get in Kalinda’s way? And when exactly will the state’s attorney election be held…? As this season’s 10th episode nears, Robert King (who created the series with his wife Michelle King) gave TVLine the answers to those burning questions and others. END_OF_DOCUMENT_TOKEN_TO_BE_REPLACED