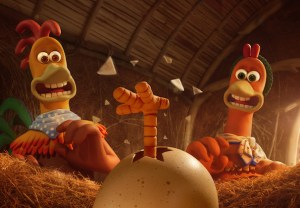 Netflix is teaming with Aardman on a follow-up to Chicken Run, the highest-grossing stop-motion animated film of all time, as well as a new movie featuring the iconic Wallace & Gromit characters. END_OF_DOCUMENT_TOKEN_TO_BE_REPLACED