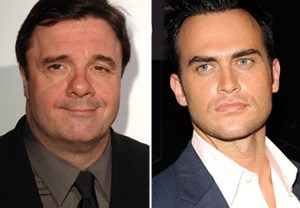 USA Network, which recently began to expand its brand by picking up two comedy pilots, has locked in primary casting on one of them. END_OF_DOCUMENT_TOKEN_TO_BE_REPLACED 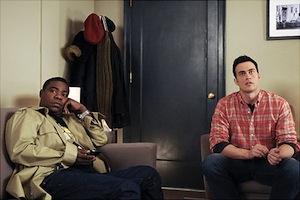 Tracy Morgan’s 30 Rock costar Cheyenne Jackson has joined a growing list of celebs condemning the comedian for his anti-gay rant last week — during which he said he’d “stab” his son if he turned out to be gay. Morgan apologized on Thursday for going “too far” with the comedy club act, but that hasn’t quieted the chorus of criticism.

In a strongly-worded statement issued to Out, the openly-gay Jackson said, END_OF_DOCUMENT_TOKEN_TO_BE_REPLACED 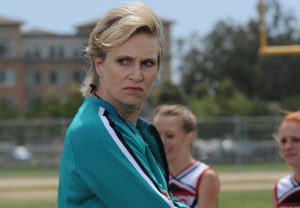 If by chance you didn’t realize how much you’d missed Glee over the course of its month of repeats, this exclusive sneak preview of Tuesday’s new episode is sure to clarify the matter for you. END_OF_DOCUMENT_TOKEN_TO_BE_REPLACED