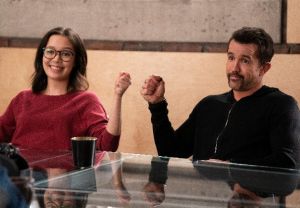 Any similarities between Rob McElhenney’s most notable characters — Ian from Mythic Quest and Mac from It’s Always Sunny in Philadelphia — evaporated during Season 2 of the former. END_OF_DOCUMENT_TOKEN_TO_BE_REPLACED