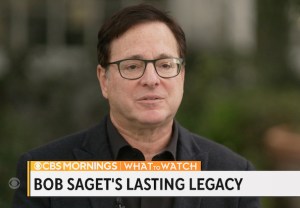 CBS on Thursday announced that an unaired interview with the late Bob Saget will be shown during Friday’s edition of CBS Mornings (airing at 7/6c). END_OF_DOCUMENT_TOKEN_TO_BE_REPLACED