Jeopardy!'s All-Time Highest Earners to Face Off in Primetime Competition 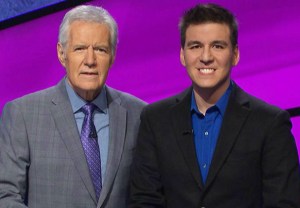 Now this is a tournament of champions.

Jeopardy! Crowns a Winning Team in the First-Ever 'All-Star Games' 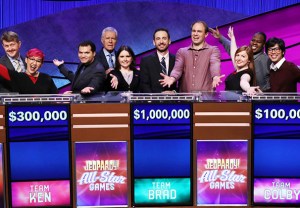 For the past two weeks, 18 of Jeopardy!‘s most beloved contestants have returned to their podiums for a chance to be immortalized as all-stars. And on Tuesday, a winning trio finally emerged victorious. END_OF_DOCUMENT_TOKEN_TO_BE_REPLACED