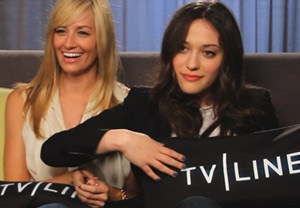 OK, so I can’t say that during my Comic-Con interview with Beth Behrs and Kat Dennings (aka the stars of CBS’ hilarious new sitcom 2 Broke Girls), they offered up the meaning of life — or even a plausible explanation as to why their comedy was at the sci fi/fantasy convention.

But I’ll be damned if their high-larious banter (not to mention a surprise cameo appearance by Christopher Walken!) didn’t charm the pants right off me. Not literally, of course. That would’ve just been creepy. END_OF_DOCUMENT_TOKEN_TO_BE_REPLACED

Fall TV First Impression: Can 2 Broke Girls Serve Up a Wealth of Laughs? 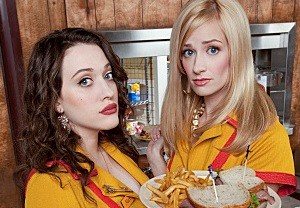 The broadcast networks have more than 30 shows debuting this fall, including Charlie’s reborn Angels, homecomings for Sarah Michelle Gellar and Rachel Bilson, and no less than two series set in the ’60s. To help you prep for fall, TVLine is offering First Impressions based on the not-for-review pilots. Next up…. END_OF_DOCUMENT_TOKEN_TO_BE_REPLACED 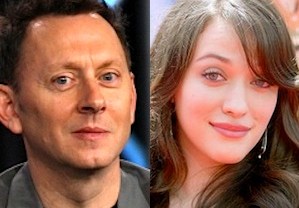 While ABC unloads a whopping 12 new shows from its shopping cart, CBS has opened its upfronts season with just two major buys so far END_OF_DOCUMENT_TOKEN_TO_BE_REPLACED