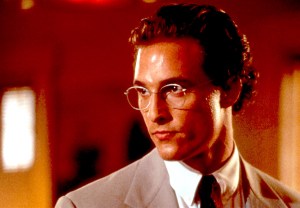 Matthew McConaughey is heading back into the courtroom: The Oscar winner has signed on to reprise his role as A Time to Kill‘s Jake Brigance in a HBO sequel series END_OF_DOCUMENT_TOKEN_TO_BE_REPLACED