Warning: Friends don’t lie, so we’ll give it to you straight. If you’ve yet to binge Stranger Things Season 4, Part 1, the following will spoil more or less all of it. Proceed at your own peril.

“Buckle up, brochachos!” Early on in the Season 4 premiere of Netflix’s Stranger Things, that’s the warning that Jonathan’s pothead pal Argyle gives him, Eleven and Mike, and he does so, because he’s kinda what you’d call a wild driver. But the advice would be just as well-taken by you or anyone diving in to the first part of the series’ penultimate season. In short, they. Are. A. Ride. (Read TVLine’s review here.) 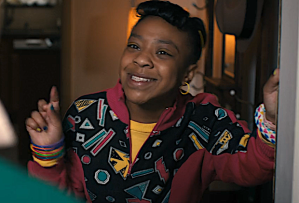 Not only do the seven plus-sized episodes detonate action sequences so pulse-pounding that they might count as stress tests, they introduce nightmare-inducing new villains of both the human and supernatural sort, they throw together an unexpected tag team for the ages, and they serve up more laughs than you’d imagine were possible with dark forces conspiring to turn the world Upside Down. (Much like “America,” you can’t spell “hysterical” without Erica.)

Keep scrolling, and before Part 2 drops on Friday, July 1, we’ll discuss all the major twists of plot, pausing to shine a spotlight on each episode’s biggest moments. Then you can weigh in with your reviews in the comments.