True-crime podcasters-turned-prime suspects Oliver, Charles and Mabel are the talk of the town in Only Murders in the Building Season 2. 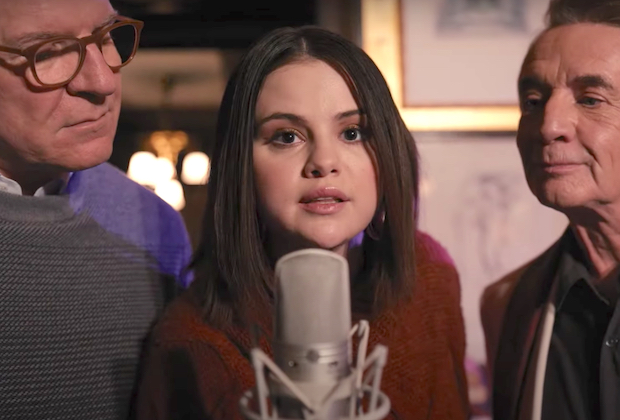 Disney-owned Hulu dropped the first footage from OMITB‘s highly anticipated return during ABC’s telecast of the 2022 Academy Awards. The amateur sleuths have been warned not to speak out about their suspected role in the latest homicide to send shockwaves through the Arconia, but they refuse to stay silent.

“We, here, at Only Murders in the Building… we will not be going quietly,” Mabel says during a recording of the show within a show.

Watch the embedded teaser above, then scroll down for a complete breakdown of everything that’s been reported about Only Murders Season 2.