The Fall TV season is upon us! And to help you keep tabs on it all, TVLine presents its famously handy calendar (and it is a calendar) of September, October and November premiere dates.

After two years of decreasingly pandemic-tempered fall schedules, this year’s slate is as robust as ever, offering up a cornucopia of returning and new broadcast, streaming and cable series, including prestige dramas, tried-and-true procedurals, stalwart sitcoms, far-out fare and a curated smattering of reality-TV offerings.

Herewith is our calendar of September and early October dates (including a few series enders and other finales), as well as a tinted box containing very select late October and November premieres. (New series are listed in BOLD, time zones are as always Eastern.) Click to zoom/print/highlight/frame, and save these dates! (UPDATED 9/6, noon) 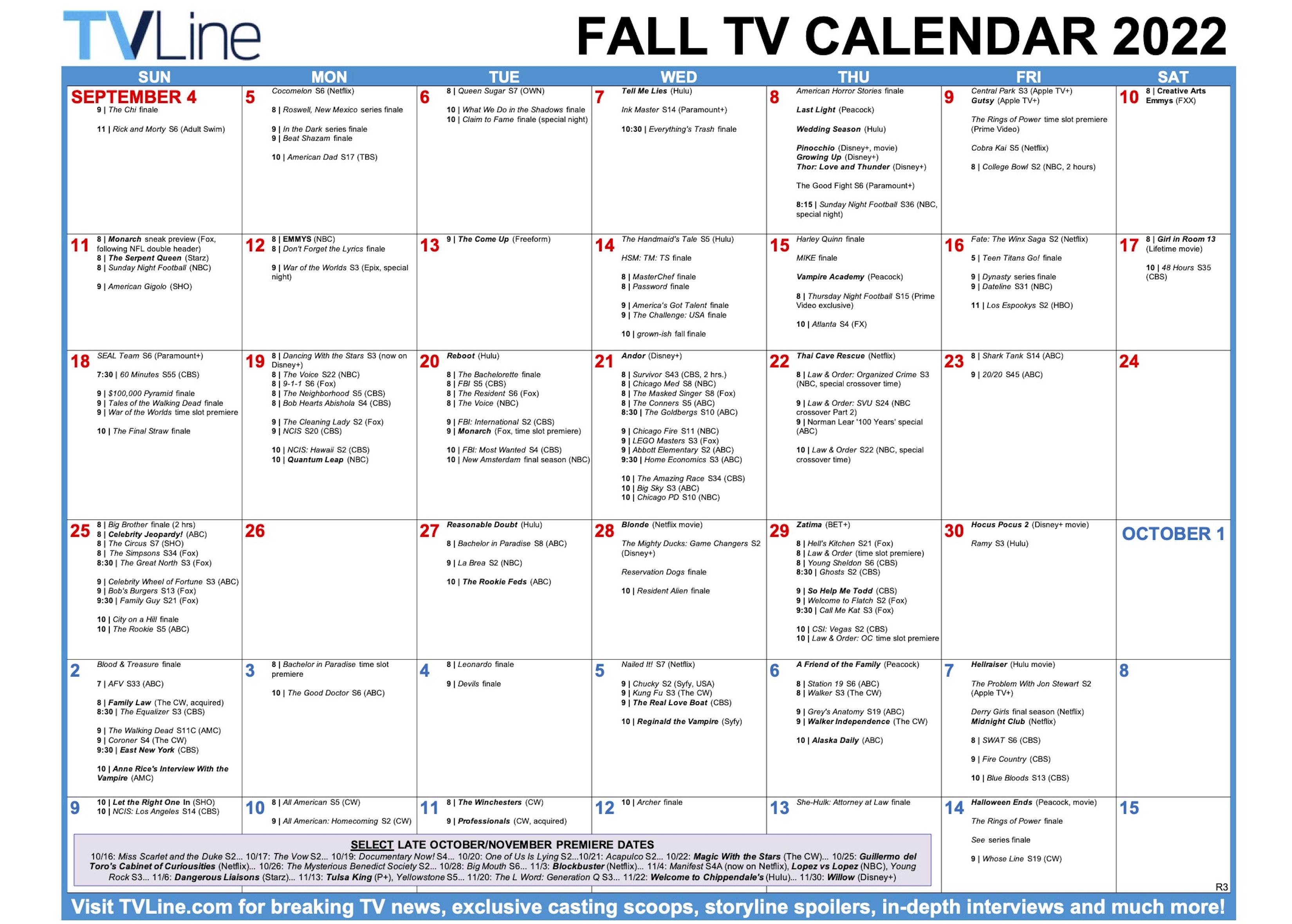 Preemptive P.S. My calendar-making skills have never been infallible (even after 11-plus years!), so if you spot something that is (theoretically) missing, drop a (polite) note in Comments and I will (maybe) include it in an update!