Valentine’s Day is just around the corner… but not every TV couple deserves flowers and candy. Far from it!

Though television has given us plenty of swoon-worthy romances over the years, it’s also delivered quite a few duds. From the yawn-inducing (The Office‘s Andy and Erin) to the out-of-left-field (Friends‘ Joey and Rachel) to the downright wrong (Game of Thrones‘ Jaime and Cersei), there’s been no shortage of small-screen relationships that probably shouldn’t have happened in the first place. 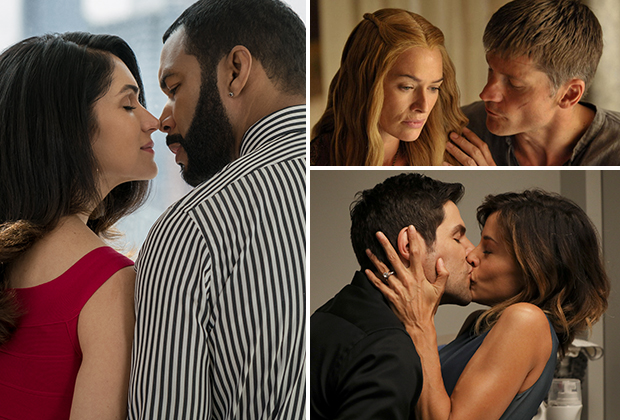 In the attached photo gallery, we’re throwing a little anti-Valentine’s Day party, recognizing more than 30 TV pairings that didn’t work. And though we’ve included some couples that are out-and-out toxic — break up already, Succession‘s Tom and Shiv! — most of the duos in our gallery suffered more from lack of chemistry and/or romantic expectations that simply weren’t met.

If you’re in the mood for something a little more lovey-dovey, check back on Friday (aka Valentine’s Day) to see the TV characters that we’re hoping will couple up soon. (We’re hopeless romantics, too!)