We get it. When a TV series is a hit, it’s tempting to launch a spinoff. Why settle for one successful show when you can have two, right? Or even more than two — The Walking Dead and black-ish, for instance, are both about to spawn their second offshoots. And back in the day, All in the Family launched five spinoffs (if we count Archie Bunker’s Place as a spinoff rather than a continuation).

But here’s the thing — and it ain’t a good thing: For every Young Sheldon and Frasier that comes down the pike, there’s an AfterMASH and a Galactica 1980. And these misbegotten flops not only fail on their own (de)merits, they tarnish the legacy of the original series, if ever so slightly. 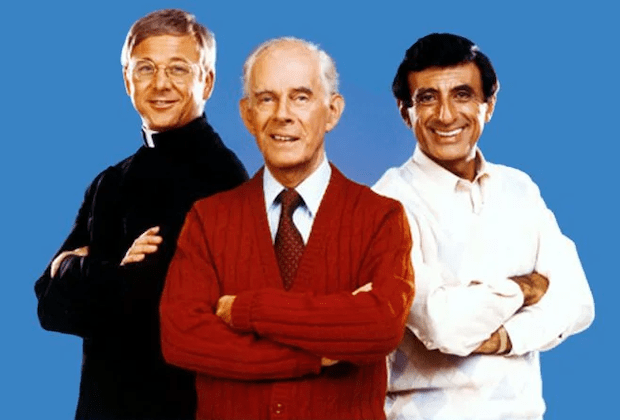 We’re not talking about so-so offshoots here, either. These aren’t cases like that of the much-maligned Friends spinoff Joey, which was rough, sure, but not horrific; it had a swell cast and a promising pilot (which is why it’s been spared the humiliation of inclusion on this list). We’re talking about out-and-out train wrecks.

Maybe you’ve managed to wipe the worst of them from your memory. We wouldn’t blame you. However, we haven’t been able to do that. So we’ve decided to share the pain by counting down the 15 most dreadful spinoffs in television history — progeny of, among other shows, The Brady Bunch, Cheers and Pretty Little Liars that have haunted us for far longer than they even aired.

Do you dare to revisit these atrocities? The bold can check out our picks by clicking on the gallery above (or go here for direct access). Then, if you think we missed a misfire, hit the comments with your addition to the list.