After a record-setting 12 seasons and 279 episodes, The Big Bang Theory comes to an end this Thursday (CBS, 8/7c). But to truly appreciate just how far our favorite geniuses have come, we need to go back to the very beginning.

In the lead-up to TBBT‘s swan song, TVLine has revisited the episode that started it all. No, not the unaired, 2006 pilot that only exists in the deepest, darkest corners of the Internet, but the reshot pilot that became the actual series premiere, which aired on Monday, Sept. 24, 2007.

Our rewatch left us with more questions than answers. Among them: What ever happened to Penny’s screenplay? Was Sheldon getting pantsed a blessing? And where would Howard be without Bernadette? 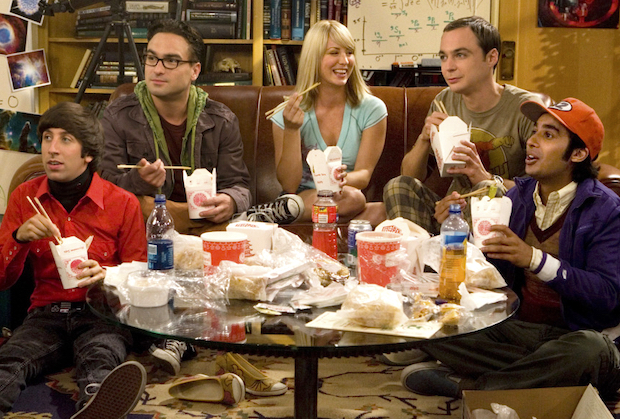 All of the above barely scratch the surface. We’ve also made note of several in-hindsight continuity gaffes (which serve to underscore just how much the show and the central gang has evolved since the pre-Amy Farrah Fowler era). And while much has changed since Penny first moved into Apt. 4B, there’s been at least one constant. (Hint: It involves a certain seating arrangement.)

Peruse the attached gallery, then drop a comment below: What were your favorite moments from Big Bang’s first episode?