The Big Bang Theory‘s success is thanks in no small part to its terrific cast — an ensemble that extends well beyond its seven series regulars.

Over the past 12 seasons and 277 episodes, the CBS sitcom has introduced myriad recurring characters that the audience has grown to love almost as much as Sheldon, Penny et al. Those include family members (such as Leonard’s mom Beverly), fellow Caltech scientists (such as geologist friend Bert) and real-life pop-culture figures (such as Wil Wheaton).

Ahead of tonight’s series finale (CBS, 8/7c), TVLine wanted to salute some of those tertiary characters. We whittled our list down to just 10, then went the extra mile and ranked them. And while there was much debate about the order of our ranking, there were no qualms about our No. 1 pick. 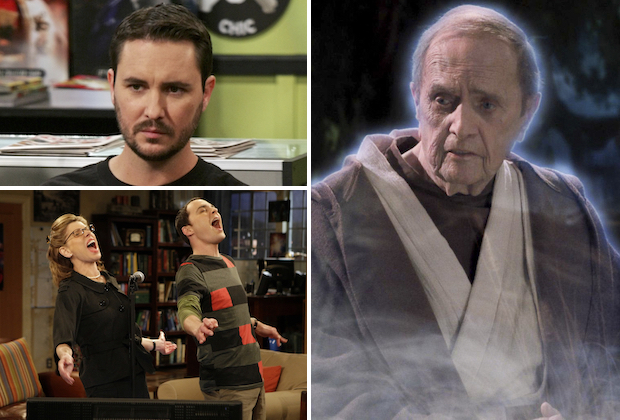 As a rule, we did not include recurring characters whose portrayers were billed as regulars at any point in the show’s run. Those include Stuart (played by Kevin Sussman), Leslie Winkle (played by Sara Gilbert) and Raj’s ex-girlfriend Emily (played by Laura Spencer).

So peruse the attached gallery to see how your favorite characters made out, then hit the comments and tell us if you agree or disagree with our choices.