Roseanne was the self-proclaimed Queen of Halloween — and her titular sitcom made the spook-tacular holiday an annual tradition beginning with Season 2. 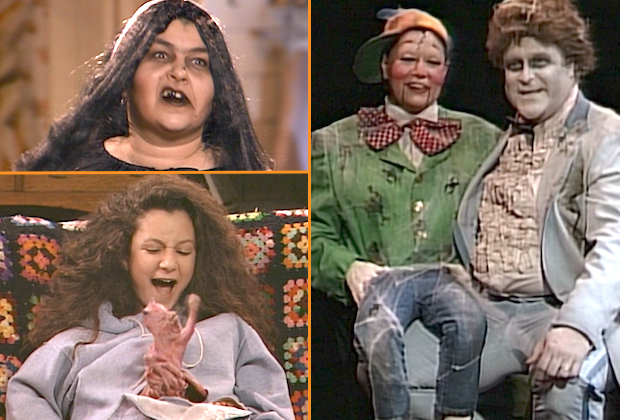 Each fall from 1989 to 1996, millions of viewers tuned in to see how the Conners would ring in All Hallow’s Eve, and were seldom disappointed with the result. Whether the occasion was marked by cool costumes, elaborate pranks or an inspired film homage, fans knew to expect something out of the ordinary.

With Roseanne now streaming on Amazon (and with anticipation building for ABC’s 2018 revival), we at TVLine have gone back and rewatched all eight Halloween specials, sorting them from worst to best. (Should you wish to partake in a similar binge, but don’t have access to Prime, a marathon featuring seven of the eight episodes — excluding our incontestable worst pick — airs Saturday, Oct. 28, at 5/4c on TV Land.)

Browse our ranking via the attached gallery, then cast your vote for the episode you consider the biggest treat of all.