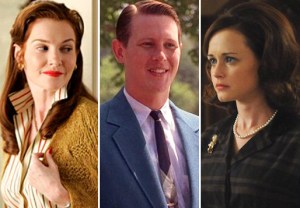 When it comes to Mad Men, there are three things you can always count on: creator Matt Weiner won’t spill any spoilers, Don Draper will have a(t least one) drink and every episode will be a veritable who’s who of “Hey, it’s that guy/gal!”

Over the years, the AMC series has secretly cast — much to our delighted surprise — some of our favorite TV actors, from Captain Awesome to Julia Salinger to The Canary. And then there’s the multitude of alumni from Everwood, Gilmore Girls, Dawson’s Creek, Roswell, Buffy and Jack & Bobby that has us convinced Weiner, or someone in the casting department, is obsessed with The WB. And they all earned their spot in TV history.

“Every single person who has been on the show has auditioned,” Weiner previously told TVLine. “There is not one person who has spoken words on that show who did not come in to read,” except Talia Balsam, John Slattery’s wife, who worked with Weiner on The Sopranos.

So as the landmark drama prepares to air its final episode Sunday at 9/8c, we’ve gathered some of the most familiar small screen faces to grace the series — including a few that even we forgot about!

Click through the gallery to take a look back at Mad Men‘s impressive guest star roster, then hit the comments with your faves and any actors that we missed. (For the record, we did not include major recurring players like Veronica Mars/Shameless vet Harry Hamlin or those who went on to become series regulars like Jack & Bobby‘s Jessica Paré.) 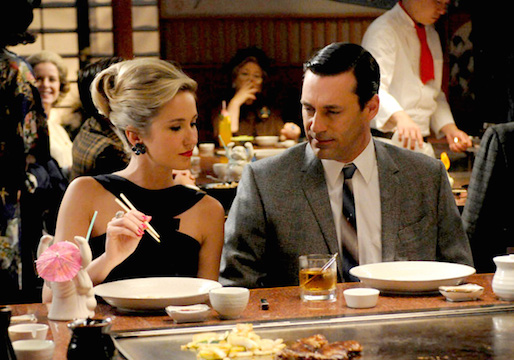