Ask the cast and crew of How I Met Your Mother who is the show’s real mom, and they’ll tell you that it’s director extraordinaire Pamela Fryman, who has helmed a staggering 196 episodes of the hit CBS comedy.

To get the scoop on what it takes to make HIMYM magic, TVLine invited Fryman to reminiscence about the biggest scenes and most visually memorable moments over the past nine seasons.

Which episode was the most difficult to shoot? What melted treat was the director’s go-to for long days? Who traveled through the night to film their guest spot? And what put a smile on star Alyson Hannigan’s face?

Flip through the gallery as Fryman reveals the answers to those questions and shares more behind-the-scenes stories, like what it was like to shoot her last HIMYM scene ever!

And as the show prepares to say goodbye on Monday night, we invite you take a look at our other Farewell, HIMYM features:

* The Sitcom’s Top 10 Most Memorable Song Moments
* Farewell, How I Met Your Mother — But Answer These 15 Burning Questions First, Please!
* Ted’s ‘Daughter’ and ‘Son’ Spill 7 Behind-the-Scenes Secrets
* 13 Clue-Filled Episodes To Watch Before the Final Season 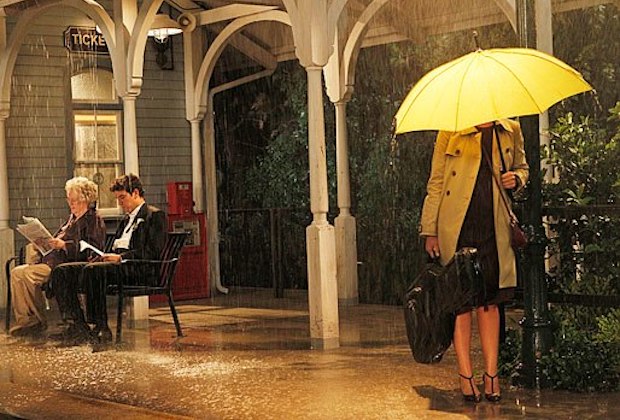