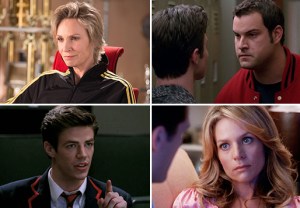 Throughout Glee‘s six-season run, many a Slushie has been thrown — literally and figuratively — in the face of McKinley High’s bright-eyed students.

Even though Sue Sylvester may be the first name that comes to mind when thinking of New Directions’ foes, Rachel Berry & Co. have encountered plenty of other adversaries. (Neil Patrick Harris really can’t resist a good musical number, can he?)

On the eve of Glee‘s swan song — when each character on the Fox series will, hopefully, get his or her own happy ending — we’re looking back on the villains who tried to prevent those fairytale conclusions from becoming a reality, in order from least to most effective.

Just so we’re clear: “Villain,” in this context, applies to someone who a) actively tried to take down New Directions, b) bullied one or more members of the glee club or c) displayed such loathsome personality traits that we just couldn’t exclude them, even if they couldn’t care less about the goings-on in the choir room.

(Also, not every member of the McKinley High football team deserved a place on the list, bullies though they may have been.)

Click through the gallery below to see our ranking of Glee‘s most memorable villains, then hit the comments and tell us: Which characters did you most love to hate? 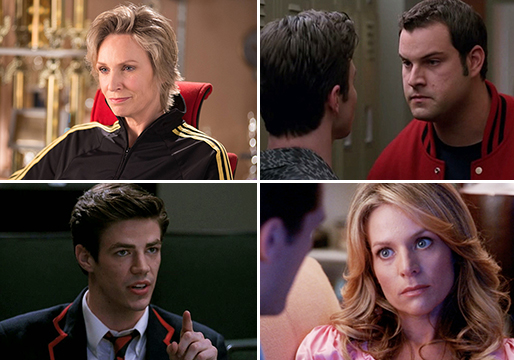