Spoilers are coming! The following story contains extremely sensitive information about Sunday’s Game of Thrones‘ Season 6 premiere, so proceed at your own peril

At Game of Thrones‘ Hollywood premiere earlier this month, a hush fell over the packed crowd inside the TCL Chinese Theater when, in the episode’s closing minutes, Melisandre (Carice van Houten) removed her ruby choker and was revealed to be a wizened old woman.

“There was silence,” recalls co-star Michael McElhatton, who was one of nearly four dozen cast members in attendance. “Everyone got really quiet and leaned forward. It was really eerie and creepy.”

Although most of the Game of Thrones ensemble knew the game-shattering twist was coming (having read about it in the script), the premiere was the first time they were actually seeing the moment play out on screen.

In the following gallery, 10 of the HBO drama’s stars — including Maise Williams, Iwan Rheon and Sophie Turner — share with TVLine their immediate reactions to Melisandre’s shocking, awe-inspiring unmasking. Flip through the slides, and then post your own reaction to the transformation in the comments. 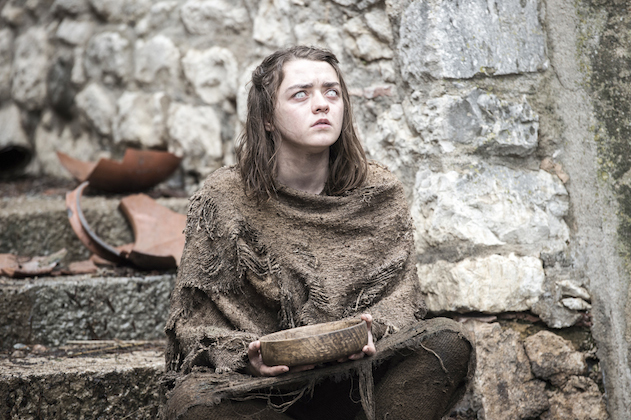